Hearn Could See Anthony Joshua vs. Zhilei Zhang as Major Event Down The Line

Hearn would see a huge event with the contest taking place in the city of Beijing. 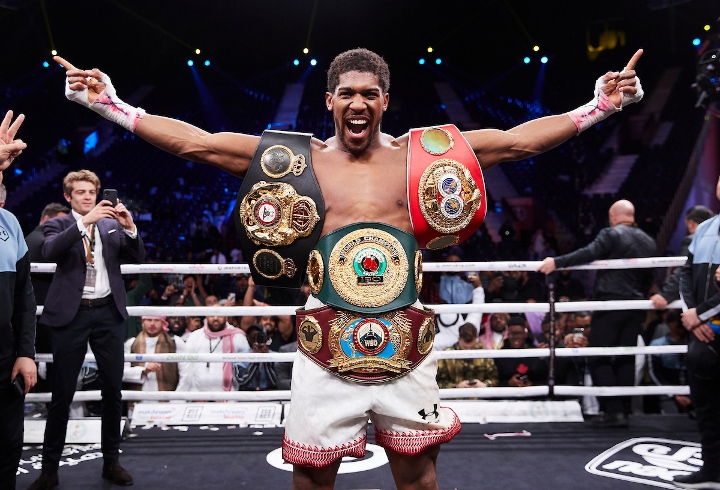 The Chinese giant, who stands at 6'6, won a silver medal in the 2008 Olympic games. He tried his hand at the 2012 Olympics in London and tasted defeat at the hands of Joshua, who moved forward to eventually capture gold.

At the moment, Zhang has never been tested against a top contender in the weight class.

In order to build a fight with Joshua, Hearn must match Zhang against some decent names.

"Zhang is good, a good amateur background and he’s a big old lump but he’s untested really as a pro," Hearn told Metro.co.uk.

"But this is could be a good example of what we were talking about of moving into other markets. I’d like to do Anthony Joshua vs Zhang at the Bird’s Nest in Beijing. That would be huge. Anthony Joshua is a global superstar, sold out at Wembley, sold out in Cardiff, sold out Madison Square Garden, in Saudi Arabia. We want to take him everywhere, and that includes places like China and Africa."

Joshua is scheduled to return on the tentative date of December 12, against mandatory challenger Kubrat Pulev. If all goes well, then Joshua would move ahead to a potential unification with WBC champion Tyson Fury in 2021.

Zhang has been out of the ring since November of 2009, when he won a ten round unanimous decision over tough Andriy Rudenko of Ukraine.

[QUOTE=REDEEMER;20785037]Zhang will probably lose before he fights AJ, he’s not that good .from what I see . I’m sure the forum will once again come down on AJ anyway should he fight him and forget he defeated Fury .[/QUOTE] Zhang…

[QUOTE=Squared.Circle;20784941]And what gives you that impression? The fact that he's got one of the best resumes in the heavyweight division after 24 fights? I think you're getting AJ confused with the well known bum fighter Deontay Whiner :lol1: and, I…

[QUOTE=Al Broker;20784895]Who?! Sounds Chinese... mayne...that shet better come with a free vaccine[/QUOTE] Is there a vaccine for your stupid BS?

[QUOTE=Sayithowitisuk;20786733]Zhang will be 38+ soons. Ajs preferred age range.[/QUOTE] Doesn't matter, nobody expects the Zhang to win. As long as it's a good show and gives aj some rounds and scary moments