Hearn: Joshua Has Been Chasing Wilder and Fury For Years!

British superstar Anthony Joshua won back his WBA, IBO, IBF and WBO belts with a twelve round unanimous decision over Andy Ruiz in Diriyah, Saudi Arabia.

The victory was revenge for the loss his suffered at the hands of Ruiz back in June. The Mexican boxer dropped Joshua four times to secure a seventh round stoppage.

Joshua has not revealed what his future plans could be. 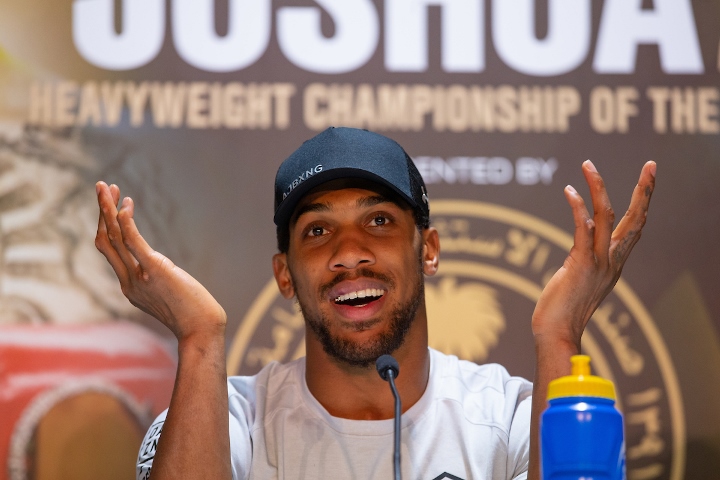 He won't be able to satisfy both of them - so one of those world titles could potentially be vacated.

Usyk is promoted by Hearn, while Pulev is aligned with rival promoter Top Rank. Pulev was scheduled to fight Joshua in 2017, but withdrew with an injury.

Joshua's promoter, Eddie Hearn, explains that his boxer has been trying to secure fights against Wilder and Fury for several years.

"Anthony has been chasing them for years. Those fights will happen. Maybe they were right to walk away from those fights back then because the fight is worth much more now," Hearn said.

"AJ wants the legacy. He created that legacy tonight in Saudi Arabia. He sells out arenas around the world. He is transforming boxing. These other guys can’t lace his boots! He is only 24 fights in and he is only going to get better.”

Wilder and Fury will collide in a rematch in February, in Las Vegas. They fought to controversial twelve round split draw in December 2018 in Los Angeles.

[QUOTE=JayCho;20247365]Okay so was Wilder really chasing Parker or Kitshcko? Yeah you’re right, you found a quote of him calling out parker in a half arsed manner. Its not like it went on for weeks. Didn’t hear this one face one…

[QUOTE=kej718;20244778]Parker could have fought Wilder when the Hughie Fury fight fell through. Wilder did call him out you can google it. I can't post links to other sites on here. Here is a direct quote. [B][SIZE="4"]“I wanna be back in…

[QUOTE=Articulateboxin;20245007]I think you've read my post and categorised my entire personality and take on boxing. The irony is, you've actually went on to mostly agree and confirm what I said! I am not your enemy, I am not here discrediting…

[QUOTE=Squ□redCircle34;20244935]Look, don’t insult my intelligence! I know the facts, John Skipper CEO of DAZN has came out and admitted that their offer to Wilder was disrespectful and and apologized! He said they had no idea what basically what Wilder was…

[QUOTE=JakeTheBoxer;20245292]If I was Fury i would chose Usyk for a free WBO title. Usyk can`t beat Fury, that is very unlikely. Fury still can unify with Wilder or Joshua later.[/QUOTE] I would certainly consider it if I was Fury but…