Several other names have been mentioned in recent weeks - including David Lemieux, John Ryder and even Jason Quigley.

But among the boxers named, Smith has been tabbed by many insiders as the preferred choice. 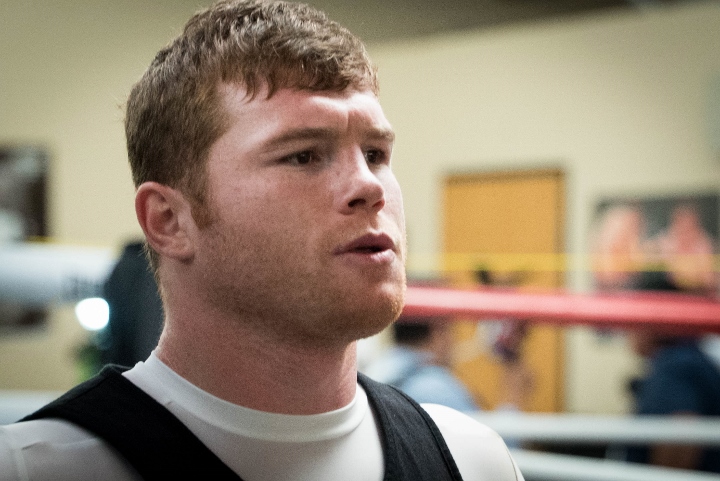 Hearn admits that his boxer won't come at a discount. Smith wants to be properly compensated for such a contest.

"Because it would make him the legitimate number one 168-pounder if he beats him. I know Canelo loves challenges. He loves to fight the best and [fight] champions. But also Callum Smith is expensive. He’s the Ring magazine champion and WBA champion. Of course he’s going to be expensive. There’s no way around that.

For the last few months, Canelo has been scheduled to return on September 12.

That plans seems very unlikely at this point.

In the best case scenario, Hearn could see the contest taking place later on. Some insiders could see Canelo's return taking place on a date in November.

"We have to really say September 12 is dead," Hearn said. "And it’s difficult because Callum Smith doesn’t want to be training as he is if September 12th is not happening. And there’s no confirmation of that. I’m asking people at DAZN, but the generally feeling is unlikely now.

"But when will it be? You don’t want to taper back in training and then [hypothetically we] say we’re going September 22nd. As difficult as it can be, fighters can say to themselves the 12th’s not happening, but maybe the 22nd will. It’s not my business, but it would be an honor for one of my guys to get another shot at Canelo Alvarez."

[QUOTE=Mexican Bidness;20689203]You have no confidence in Smith. If Smith beat Canelo there’d be a rematch. Derp derp. A low ball offer? Lol. As long as many U.K. fans themselves felt and created a narrative that Ryder beat Smith, nobody doesn’t…

[QUOTE=Jab jab boom;20689115]Sorry but nobody with a credible world title at 168 is going to sit back and take millions less while a guy with a fake wba regular title makes over 30 mil. Doesn't matter how many little male…

[QUOTE=Jab jab boom;20689478]let's see, ESPN had khan winning as did most on press row. But it's a moot point as we all knew Canelo took that fight as 1 of his many scams because we all knew 1 good shot…