Hearn: I Like Wilder Inside 4 or 5 Rounds, But Ortiz Dangerous

Anthony Joshua’s promoter predicted Wilder will win by knockout within the first half of their scheduled 12-rounder for Wilder’s WBC championship March 3 at Barclays Center. Hearn wouldn’t be surprised, however, if Ortiz pulled off an upset because the 38-year-old Cuban contender is such a powerful counter-puncher.

A Wilder win over Ortiz would keep momentum building toward the biggest fight within the heavyweight division – Wilder versus Joshua. Hearn’s critics contend that he wants Wilder to lose to Ortiz because it would eliminate perhaps the greatest threat to Joshua’s championship reign. 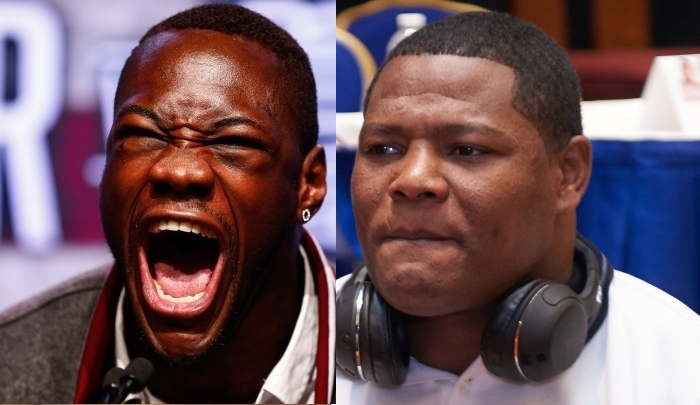 The managing director for Matchroom Boxing reiterated during a recent press conference to promote HBO’s April 28 doubleheader featuring Daniel Jacobs that he wants Wilder-Joshua to happen.

As for Wilder-Ortiz, Hearn said, “I actually think Wilder will stop him inside four or five rounds. But I think it’s a dangerous fight because people talk about Anthony Joshua having a questionable chin. Watch the Klitschko fight back and look at the shots he took in that fight. There is no way that if Klitschko hit Wilder on the chin like he hit AJ on the chin, there is no way he would still be standing. So don’t worry about AJ’s chin.

“All these guys that can crack, like Wilder and AJ, they hit anybody on the chin – we appreciate it. If Wilder hits AJ on the chin, flush, it’s very, very dangerous. And it’s just the same way backwards. And that’s the worry of the Ortiz fight, because Ortiz can punch. He’s a very clever counter-puncher, and if Wilder wants to be sloppy in his work, he’s gonna get counter-punched by Ortiz. And if he does, he can get knocked out.”

Showtime will televise Wilder-Ortiz as the main event of a doubleheader set to start at 9 p.m. ET. In the opener March 3, Andre Dirrell (26-2, 16 KOs), of Flint, Michigan, and Venezuela’s Jose Uzcategui (26-2, 22 KOs) will meet in a 12-round rematch for the IBF interim super middleweight title.

[QUOTE=Gillie;18520837]...but then we wouldn't get AJ vs Wilder. Wouldn't u prefer to see that?[/QUOTE] we still can though, boxing and its fans are too obsessed with 0 losses nowadays. AJ and Wilder is a big fight even if both lose…

[QUOTE=Gillie;18520837]...but then we wouldn't get AJ vs Wilder. Wouldn't u prefer to see that?[/QUOTE]If it happens AJ vs Ortiz is not a bad fight. If Ortiz could hurt AJ the way Klitchko did i think Ortiz is the better finisher

Drove past a guy with a cup in the middle of the lanes begging for a change today. He'll probably be Wilders next opponent win lose or draw. 😂

See how Hearn says no way Wilder stands up if Wlad hit him with the same punch that AJ was hit with. How does he know that? We have no proof of that - just pure conjecture. Another typical, pathetic…