Hearn: Fury is Very Lucky, in Any Other Country Fight is Stopped

He won a twelve round unanimous decision over heavy underdog Otto Wallin. If the fight would have been stopped, Wallin would have been awarded a TKO win - since the cut was caused by a punch.

Fury suffered a severe cut above his right eye in the third round and it was bleeding heavy for most of the fight, and he also suffered another bad cut on his eyelid. The cuts required nearly 50 stitches to close. 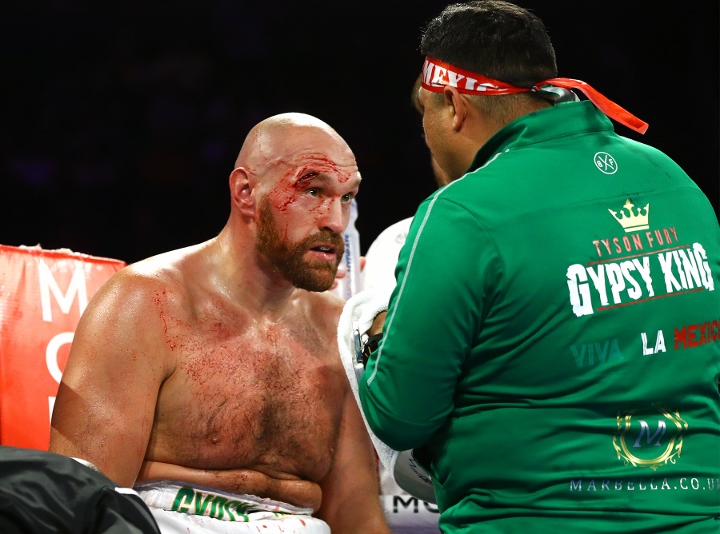 The cut will take several months to heal.

Hearn expects Fury to be a better, more focused fighter if he steps in the ring with Wilder on a date in February.

"I haven't seen it, because I was on a plane, but I landed and checked my social media and saw the scores and saw the cut," Hearn told Sky Sports. "I think firstly he's very lucky not to lose the fight with that cut.

"I think any other country in the world, they would have stopped the fight. I just think in those fights against that opposition sometimes you don't get yourself motivated to perform and obviously he didn't perform at his best, but he had the injury as well and I think you'll see him perform a lot better against the likes of Wilder and stuff like that.

[QUOTE=Brainboxz;20064591]Joshua fought with broken nose in early round against Tekam and Alexander Pov and won both by TKO, seems to most Joshua has been totally a bad fighter ever since he lost.[/QUOTE] you beat me to it

[QUOTE=denium;20066169]He schools all of them, easy work. Fury will have the best medical people fixing it, and fighters come back from bad cuts all the time. Vitali is a classic example. Cut to bits against Lewis, then never got cut…

[QUOTE=slimPickings;20065561]With that kind of cut one wonders if Fury is now damaged goods going forward. A still jab from any HW in that spot reopens it again. I wonder how he fares against the upper echelon of the division not…

We all know that if Wilder had the same cut against Breazeale, they wouldn't have stopped that fight either, or they'd have found a way to DQ his opponent.