Hearn: Daniel Jacobs Will Be A Different Monster At 168 Pounds

The 6-feet Jacobs came in 3½ pounds over the contracted limit of 170 at their second-day weigh-in Saturday morning. That decision is believed to have cost Jacobs $1 million from his eight-figure purse and gave him a perceived advantage over the significantly shorter Alvarez.

That substantial financial penalty was worth it, according to Jacobs, because he needed to rehydrate properly to feel fresh when he entered the ring to take on an elite middleweight. 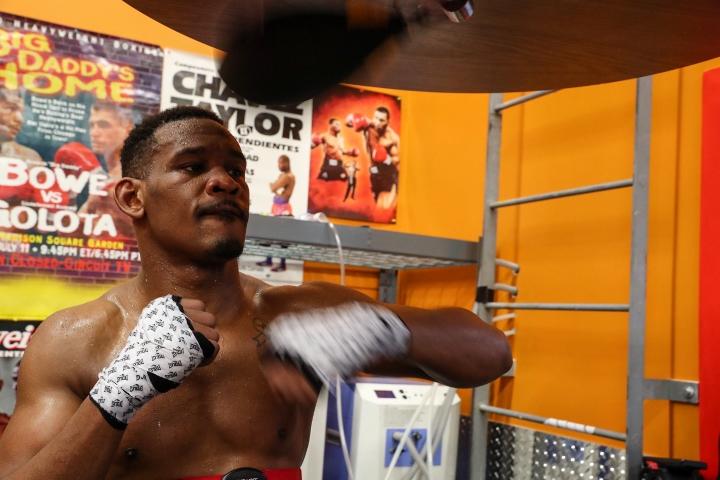 Jacobs and his promoter, Eddie Hearn, indicated after the former IBF middleweight champ lost to Alvarez by unanimous decision that the physical toll it takes on his body to get down to the middleweight limit of 160 pounds isn’t worthwhile any longer. Hearn wants Jacobs to move up to the super middleweight division for his next fight.

“I think it’s something him and [trainer] Andre [Rozier] will talk about,” Hearn said during the post-fight press conference. “I see him moving to 168. I think he’s had a brilliant run at 160 and obviously now, with the landscape, with Canelo potentially fighting Triple-G, if that happens, and with Demetrius [Andrade] waiting in the wings, with the undisputed fight, I think the time is right for Danny to move up to the 168 division now. I think it’ll be a new challenge. I think he’ll be a different monster there as well. If that’s what his team decides, I think that’ll be a wise move.”

The 32-year-old Jacobs boxed near the super middleweight limit early in his career, but he mostly has competed at or near the middleweight maximum for the past 10 years. He has won world titles twice at 160 pounds, yet Jacobs (35-3, 29 KOs) also acknowledged the time might be perfect for a move up.

[QUOTE=FerronK;19726721]I don't believe you.... bunch of judgement trolls[/QUOTE] Everyone's entitled to their own opinion. Sorry to hurt your feelings.

[QUOTE=Tatabanya;19724513]I like Jacobs, personally speaking. But let's be honest, he has been mostly thriving on his win against cancer and the knockout of Peter Quillin.[/QUOTE] I don't believe you.... bunch of judgement trolls

[QUOTE=Squ□redCircle34;19725836]Jacobs might be suffering from the same problem that Broner has and if so then he’s not gonna fare well at 168! If he doesn’t have that issue and it was just Canelo’s sharp counters that made him keep his…

You couldnt purposely do, to make such disparaging comments...