Eddie Hearn, promoter for WBA super middleweight champion Callum Smith, believes his fighter is getting his big moment at the perfect time.

On December 19th at the Alamodome in Textas, Smith will defend his world title against four division beltholder Saul "Canelo" Alvarez.

30-year-old Smith, undefeated and winner of the World Boxing Super Series super middleweight tournament, wants to get revenge for his older brother, Liam Smith, who was knocked out by Canelo a few years ago at 154-pounds. 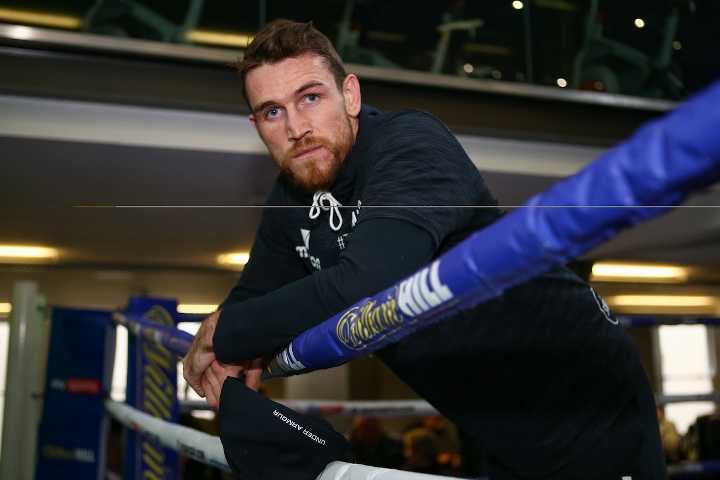 Smith is currently a 7-2 underdog - but Hearn does not view him winning as a massive upset.

“It won’t be Honeyghan beating Curry, because nobody gave Honeyghan a chance”, Hearn told SunSport.

“It will go down as one of the great British wins but I know how good he is, so it wouldn’t be a huge shock for me. He has bundles of ability and he has the confidence of being the best super-middleweight in the world. This has come at the perfect time for Callum.”

There weeks of negotiations. Even after the terms were agreed upon, Hearn and Smith were not sure that everything would get finalized.

Hearn reveals that when Canelo made his announcement about the fight, Smith had not signed a contract and wasn't sure if the announcement was about him.

“Five minutes before their 11pm announcement, we still didn’t know for sure, even after weeks of negotiating with them. We got close but then Canelo revealed they were making an 11pm announcement and Callum called me to ask ‘is that us?’ I knew we didn’t have a deal but I didn’t know if he had other opponents lined up. In the end we got a deal and I am really pleased with it," Hearn said.

[QUOTE=SteveM;20902765]Charlo hasn't shown any signs of weakness yet. Until he does - no chance. Ditto Beterbiev. Ditto Andrade. Since the Lara fight which he nearly lost the matchmaking has changed. Golovkin loses his shine against Brook and Danny Jacobs, Canelo…

Should be an interesting Fight... Article sends me to Box Rec... Short Odds interesting...?

[QUOTE=Drew Bundini Br;20902545]Charlo is still chasing Canelo. Canelo is still running.[/QUOTE] Charla sisters don't want it. Move up to 168 and be the B-side to get that ass whipping.

[QUOTE=Drew Bundini Br;20902545]Charlo is still chasing Canelo. Canelo is still running.[/QUOTE] [QUOTE=SteveM;20902765]Charlo hasn't shown any signs of weakness yet. Until he does - no chance. Ditto Beterbiev. Ditto Andrade. Since the Lara fight which he nearly lost the matchmaking has…