Eddie Hearn, promoter for Daniel Jacobs, explained that Canelo Alvarez demanded a clause for a second day weigh-in - or there would be no deal for their three belt unification.

Jacobs weighed in at 160-pounds on Friday, but he was a shade over 173-pounds on Saturday morning. 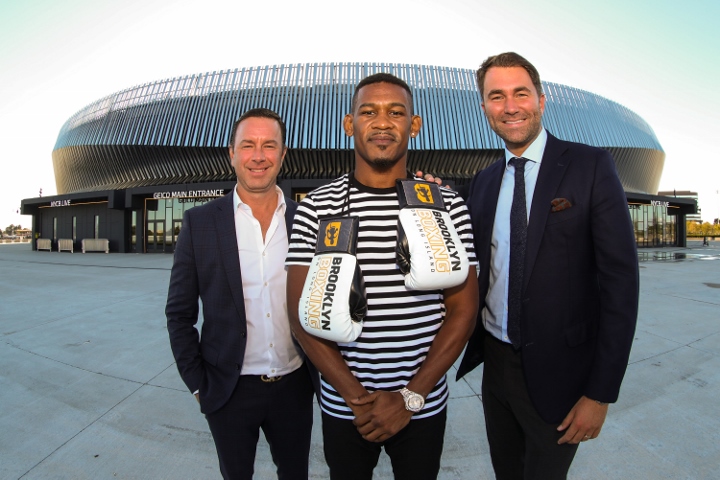 Because of his inability to meet the limit of 170 - Jacobs is facing a penalty of $1 million - which gets removed from his $10 million guarantee.

The fight was never in danger and the contest went forward at the T-Mobile Arena in Las Vegas.

Canelo walked away with a twelve round unanimous decision to unify the WBC, WBA, IBF middleweight titles.

"It was a request only of Canelo and his team, to come in at 170-pounds. [Jacobs] is allowed to come in at whatever weight he wants under a certain limit. He could have come in at 179-pounds. He doesn't lose a title, he doesn't get fined by a commission. It was just a personal request [by Canelo]," Hearn told ESPN Deportes.

"It was a request that Danny Jacobs believed that he would have no problem. He believed that he would be 170. He thought 'I just fought Derevyanchenko, I was just 170.5 [on the morning of that fight] and then I went to the toilet and made the weight.' It was not a case of 'ha, ha we're going to come in heavy.'

"It was [a case of] we can come in at whatever weight - but [because Jacobs did that] there are going to be some penalties. He woke up in the morning and was 173, and said 'okay.' He had to rehydrate safely after the weigh-in. In my opinion, this should have never been in the contract - but we wouldn't have got the fight without it."

[QUOTE=Sid-Knee;19728726]The discretion of Canelo you mean. We both know why he did it. It was to weaken Jacobs. Why pretend it was for any other reason? He did the same to Fielding. He'll look to do it to Smith as…

[QUOTE=Shadoww702;19724501]The IBF rule is still in effect but not in unification fights. They leave that to the discretion of the fighters? Notice Canelo came in under 170 when he could of been heavier. Jacobs just mad because he know skills…

[QUOTE=whoseyourdaddy;19723427]The excuses comes from you bítch Jacobs did not comply with the stipulation, coming at almost 174, and then balloon up 186 fight night, so shut the F***k up piece of shït Mr. excuses mother F****[/QUOTE] I'm not American, so…

[QUOTE=Mexican_Puppet;19723238]Canelo is way better than most of U.K champions in history Jacobs was in 186 pounds And sh.ut up. Canelo is in the hardest test of vada the last 3 fights[/QUOTE] Canelo only has 2 good wins over Trout and…

[QUOTE=kushking;19722905]Your yet again dead wrong you hating ass clown. They both had to weigh 170by 2nd day weigh in. The fact that you don't know this & use it to further your agenda shows how stupid you gggroupies scorned truly…