Hearn and Joshua invoked their rematch clause while in New York, and the second fight will take place some time this year.

Hearn was also on hand to promote a unification bout between Maurice Hooker and Jose Ramirez which will take place on July 27th in Texas. 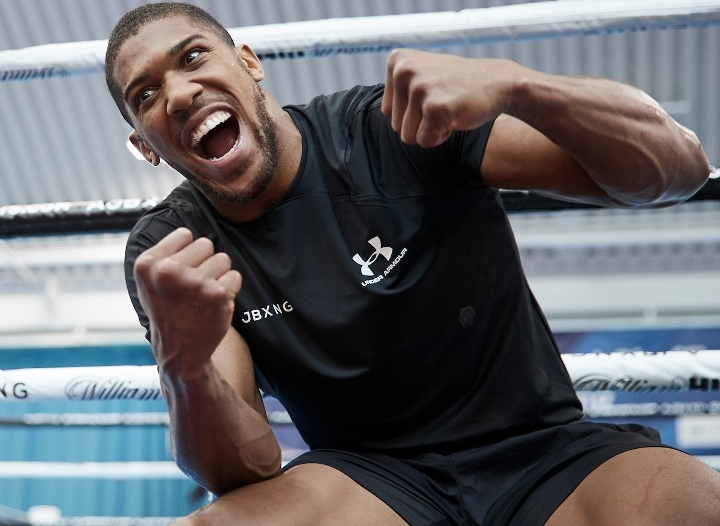 While announcing a fight that will unify 140 pound titles, everyone was still talking about Joshua-Ruiz. Hearn feels its the biggest fight to make.

"It's the biggest fight in the heavyweight division," Hearn told BoxingScene.com.

"If Ruiz wins the rematch, he becomes the star of the division. In reality I wanted to give the fans a night they couldn't remember. For us it wasn't how we wanted it to go but it was an unforgettable night."

Hearn admits it wasn't what was planned but the loss might have been something Joshua needed.

"This is the first fight he's going into that no one is taking about the fight after," stated Hearn. "Everyone was talking about Fury and Wilder. He was well prepared for the Ruiz fight, but subconsciously he didn't have the same war mentality. He was giving Ruiz the belt and being polite. Now its different. He wants to flatten Andy Ruiz."

As for the buzz, Hearn admits the loss not only made the fight much bigger but in a sense proving that he can deliver on US soil.

"The value of the show and buzz as a promoter we certainly delivered," stated Hearn. "It was a good night for Matchroom. We lost the heavyweight titles and for AJ, who is a personal friend, I was gutted for days. Things happen but Joshua is in a different mind set and knows what's on the line."

[QUOTE=iamboxing;19824955]I don't think it's about focus and more to do with the very plain simple fact is that [B]he's not as good as people think. He's slow, plodding, chinny and very uncreative. [/B] I hope he retires. There's no point…

[QUOTE=KillaMane26;19824845]Joshua just better make sure he is 100% focused. Cuz Ruiz obviously will be. I think he should focus on boxing smart with his reach and domt worry about the KO atleast not until late[/QUOTE] I don't think it's about…

[QUOTE=Roberto Vasquez;19823296]Whyte, Kilitschko, Povetkin, Parker. All rated heavyweights, and all in under 22 fights. And lets be honest, the Wlad that AJ fought was way better than the one Fury beat. Wanting to knock Ruiz out was what got AJ…