HBO: A Farewell to Arm(ed Combat)

HBO was never the only home of big time boxing. They did a hell of a job branding it that way. In 1986, Showtime secured the rights to Marvin Hagler-John Mugabi to make themselves a player and, for much of the 1990s, retained the services of services of Mike Tyson and Julio Cesar Chavez.

Boxing didn’t get much bigger than those two.

Fans of a certain age though can recall how big the brand was. Folks would gather for a big pay-per-view show and someone would always be surprised to see an announce team for a big fight other than HBO’s. The look of their productions, the sound of their announcers, replaced what had come before in the collective conscious. The voices of Jim Lampley, Larry Merchant, and a rotating expert third became as synonymous with the sport as Don Dunphy and Howard Cossell had been in the era’s before them.

This Saturday, HBO parts ways with the sweet science. The sport has already moved on without them. One week later, the sport remains abuzz in the aftermath of Deontay Wilder-Tyson Fury and turns its attention to Vasyl Lomachenko-Jose Pedraza on ESPN.

HBO’s final broadcast on Saturday, headlined by women’s welterweight champion Cecilia Braekhus, will come and go, one day to live on as the answer to a trivia question that a lot of people might answer with ‘Canelo-Golovkin II.’

The immediate future doesn’t suggest a single giant. Showtime, Fox, DAZN, and ESPN all have significant stakes in the game for the next few years. In a few years, barring a substantial and for now unlikely return to the game, HBO will feel as much a part of the past as Gillette.

What a past it was. 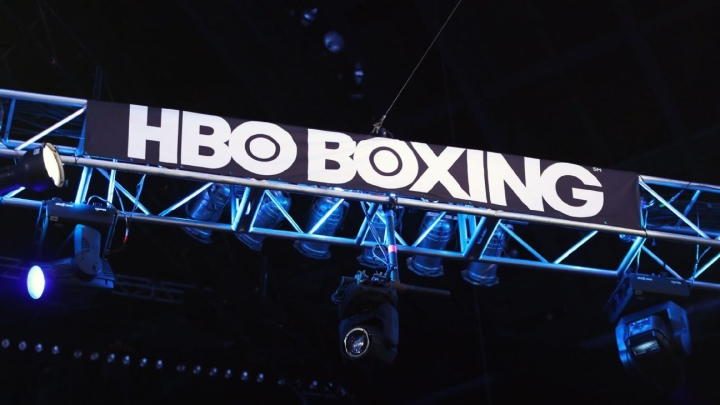 From this corner, memories of the sport really begin with HBO. As a child, only one house in the family had the channel and everyone would gather there on fight nights. The adults would be talking about, debating about, arguing about the fights in one room while the kids played or watched television in another.

Then one day, Dad comes to you and says, “Tonight, you’re watching.” It’s not a request. You’ve watched a fight before in snippets and seen the face on the screen on the cover of a Sports Illustrated sitting around the house. Tonight, he’s fighting to be the youngest heavyweight champion of the world.

Two rounds later, after seeing the destructive power of Mike Tyson drop Trevor Berbick three times with one shot, a lifetime love is born as Barry Tompkins declares a “new era” for the sport.

By the time Mike Tyson is upset by Buster Douglas, Tompkins by then replaced by Lampley, it’s already a habit to tape the fights on VHS to watch again and again in the days afterward. It was the most fortunate recording. No one was really interested in the fight that night. When you call your friends and family to tell them what happened, no one believes. They all think it’s a practical joke.

That tape got a lot of play.

The following year, TVKO launched as the pay-per-view arm of HBO. They tried for a bit to have a separate announce team with HBO’s regulars calling for replays. That didn’t last long. Len Berman, Joe Goosen, and Julie Lederman just weren’t the same the night of Evander Holyfield-George Foreman. It was obvious before too long.

That was a tough lineup to compete with unless Chavez or Tyson was heading the card.

It produced the sort of memories that can’t help but leave a melancholy feeling heading into this weekend. It’s not that boxing won’t remain great. It might be better as new outlets compete for viewers. It just won’t ever be the same again. When things that felt like the norm aren’t there anymore it is a reminder that time never stands still. Every thing eventually becomes part of the past just like every one does as well.

HBO’s decline was a long journey. Ratings fell in the 2000s and programming choices and attempts to artificially create stars didn’t help. There was still plenty of good: the ascendant stars of Floyd Mayweather and Manny Pacquiao kept them an economic behemoth until Mayweather slipped away and took a lot of the most marketable US-based fighters with him. But Showtime competed hard in the 2000s for hardcore viewers with fights like Diego Corrales-Jose Luis Castillo, did eventually get Mayweather, and finally, permanently surpassed the premium giant they chased for years.

Still, it will be hard for anyone to forget where they were for round 10 of Bowe-Holyfield, round nine of Gatti-Ward, round two of Tarver-Jones II, round six of Marquez-Pacquiao IV, or countless other pieces of boxing’s lasting legacy.

Whether it was the network itself or its pay TV arm, they were watching HBO.

The network of champions.

Like most champions eventually do, this Saturday HBO hears the ten count as the glove of tomorrow is raised.

HBO has been terrible ever since Max Kellerman came in. Every fight on HBO all I heard was excuses from Max why the fight didnt live up to the hype. The fight game show with Jim Lampley was strictly showcasing…

I was hoping to see the December, 8, 2018 farewell card and to see Jim Lampley crying when they say the final good bye words, but my eyes are going to the mismatch unification of Lomachenko vs Pedraza. HBO truck…