Haye on Chisora: We've Not Spoken on Joshua, Full Focus on Usyk

David Haye says he has never spoken to Dereck Chisora about the possibility of fighting Anthony Joshua, but said he is sure he would if he got his chance.

Chisora has often expressed a reluctance about facing Joshua, as they both came through the ranks at Finchley Amateur Boxing Club. 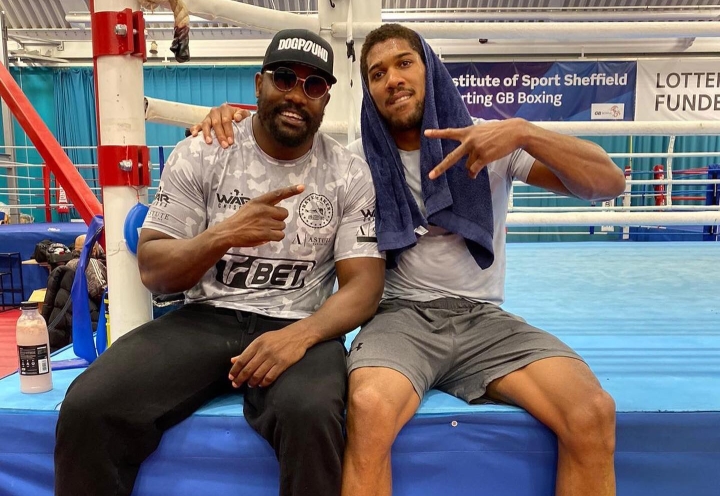 But if Chisora beats Oleksandr Usyk in their heavyweight fight – scheduled for the O2 Arena, London, on May 23 – he would likely inherit Usyk’s WBO mandatory shot, ensuring him a fight with Joshua if the WBO, WBA and IBF champion gets through his defence against Kubrat Pulev.

“Business is business,” said Haye, who is Chisora’s manager. “But I genuinely haven’t spoken about Anthony Joshua at all, because it is irrelevant, it is completely and utterly irrelevant.

“The only thing that matters, every ounce of energy is on Oleksandr Usyk. That’s it. You can’t look past the undisputed cruiserweight champion.

“Anthony Joshua has been loosely mentioned in conversations here and there, but never about his style, what you would do against him.

“I’ve made sure he is not thinking about that at all. It doesn’t matter.”

Usyk is attempting to do a feat that Haye managed by moving up from cruiserweight, where Haye held the WBC, WBA, IBO and WBO titles, to win a world title at heavyweight.

Haye also beat Chisora, in 2012, but he believes Chisora needs to go hard early if he is to avoid being outboxed by the Ukrainian.

“He has to find some way to drown Usyk,” Haye said. “Who can drown the longest? I think Dereck can, he has been drowning his whole career, gasping for oxygen, being out of shape, he is used to fighting on empty. Can Usyk fight on empty?”

This may just be the year of upsets

[QUOTE=Get em up;20481582]I think he has a real chance to beat Usyk myself.[/QUOTE] I hope for a upset by Chisora in this fight. A motivate Chisora is risky.

[QUOTE=Dasmius Shinobi;20481559]Imagine Dereck Chisora making the upset against Usyk and the dreams of Chisora vs Anthony Joshua fighting each other become a reality. :boxing:[/QUOTE] I think he has a real chance to beat Usyk myself.

Imagine Dereck Chisora making the upset against Usyk and the dreams of Chisora vs Anthony Joshua fighting each other become a reality. :boxing: