Previously unbeaten Charlo was the aggressor throughout, but neither fighter landed any devastating blows and the judges gave the all-American showdown to Harrison by scores of 116-112, 115-113 and 115-113.

The new champion, who improved to 28-2 with 21 wins inside the distance, insisted there should be no doubt about the outcome. 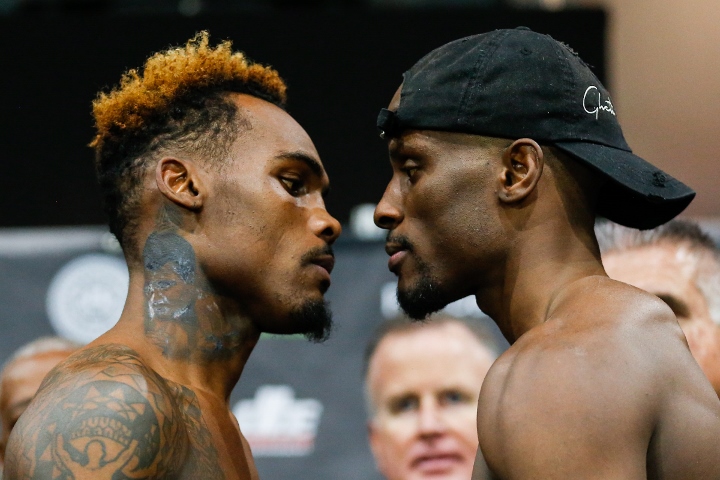 While there is talk of a rematch clause, the World Boxing Council has ordered an immediate rematch.

Initially, the WBC ordered a final elimination between number 1 Julian Williams and number 2 Erislandy Lara to establish the next mandatory contender.

But, the final elimination was cancelled as both Lara and Williams withdrew.  Lara is fighting Brian Castano for the WBA "regular" title in March, while Williams will challenge WBA, IBO, IBF champion Jarrett Hurd.

The WBC has ordered a new final eliminator, between Sergey Vorobiev and Hassan Mwakinyo.

And the withdrawals by Lara and Williams allowed the sanctioning body to order the immediate rematch.

"You know they took that fight from me," said Charlo, who fell to 31-1 with 15 knockouts. "I was there, pushing the action the whole time. He was moving around just going to the jab, one or two punches. He didn't win that fight. He knows I won that fight."

Harrison disagreed with his claims.

"I grinded. I grinded, I grinded and I grinded," he said. "I showed championship composure. I didn't have to do much. I used my jab. I used my ring generalship. I kept him at bay."

I supposed this is an undercard fight. Who are in the main card?

[QUOTE=j.razor;19456564]Why do you dudes always gotta bring gay into this? Is there something you need to let out the closet??[/QUOTE] Al Haymon likes trannies. Its common knowledge. :bottle: Very ironic considering you and that other guy were bothered enough by…

Both Charlo's should do rematches.

[QUOTE=j.razor;19456892]That fight wasn't close & I'm not afraid to see it again, if Mall wants to run it back then cool. Now you talking about Korobov doing better if he prepared for a 12 round fight? MAN! You dudes are…