Haney: I've Had Time To Reflect, I Sincerely Regret Using That Term

Devin Haney has put his best foot forward in restoring the belief that he is wise far beyond his years.

The unbeaten lightweight came under fire for comments made in a recent interview on the 78SPORTSTV YouTube channel, where the conversation turned to how he would fare versus three-division and reigning unified lightweight titlist Vasiliy Lomachenko. 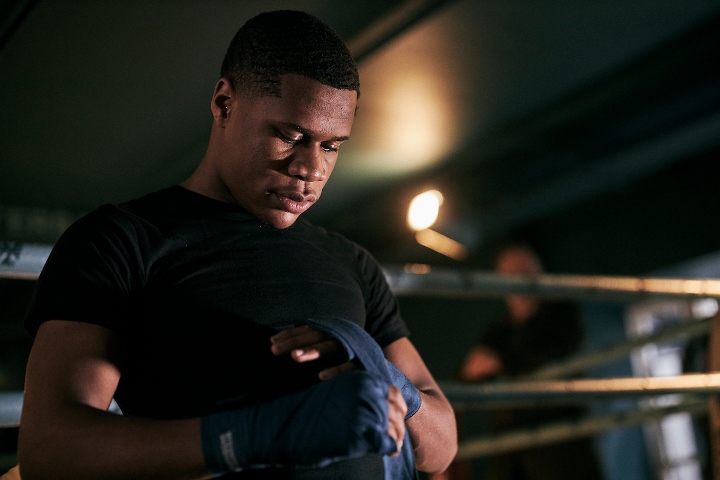 The remark quickly made the rounds, with reactionary comments emphasizing the racial divide caused by such a claim. Haney, a 21-year old based out of Las Vegas is African-American. Ukraine’s Lomachenko is Caucasian.

Haney did his best to tackle the situation head on, insisting he meant no ill will with his remarks. Included in his statement at the time was a productive conversation held with Mauricio Sulaiman, president of the World Boxing Council (WBC) for whom Haney currently serves as lightweight “champion in recess” and is in the middle of a filed appeal to reclaim his title.

Since then has come another decision, this time to walk back the comments altogether.

“Over the last couple days I’ve had time to reflect on a lot,” Haney revealed in a public statement on Tuesday. “I sincerely regret using a term that I have now learned to be derogatory to many of my fans, friends and associates.”

The original conversation was inspired by a Super Chat comment (a YouTube feature which allows users to pay to pin their comments during livestreams) made by made by a poster from the handle Mehari Nation Sports Podcast, a boxing and basketball-themed YouTube channel.

“Salute to 78, Devin & Bill Haney,” read the pinned comment. “I hope you’ll end the hype of Loma so I can rip BFFTV all day long. Keep grinding Devin, greatness is coming from you.”

‘BFFTV’ refers to Black Fight Fan, who hosts the daily Trill Talk In the Morning boxing podcast on the Trill Boxing Talk YouTube channel. Black Fight Fan is an admitted Lomachenko fan, often referring to him as ‘White Jesus’ and who has drawn playful ire from his followers over his form belief that the Ukrainian southpaw runs the table at lightweight. Haney and his father Bill Haney are frequent guests on the Trill Boxing podcast, on which the conversation has often come up and where the host has repeatedly insisted that he’d pick Lomachenko should such a fight ever materialize.

Haney was in hot pursuit of a showdown with Lomachenko for much of 2019, even fighting for an interim version of the WBC lightweight strap Lomachenko (14-1, 10KOs) secured in a 12-round win over England’s Luke Campbell (20-3, 16KOs) last August. Haney collected the interim belt two weeks later, scoring a one-sided 4th round stoppage of previously unbeaten Zaur Abdullaev.

Hopes of securing a mandatory title fight instead led to an upgrade after Lomachenko—at the request of Hall of Fame promoter Bob Arum and his Top Rank Inc. outfit—was named WBC “Franchise” champion. The distinction allows its claimants to retain recognition as champion without the restrictions of mandatory challenges.

In turn, Haney was named full titlist although the reign was short-lived. A 12-round win over Alfredo Santiago last November left the undefeated lightweight with an injured shoulder, prompting surgery which would put him on the shelf until later this spring. The downtime forced him to vacate his title in lieu of honoring a mandatory challenge versus Dominican Republic’s Javier Fortuna, who for the moment is awaiting a rescheduled date for his postponed clash with Campbell which was originally due to take place on April 17.

Haney has since filed an appeal to be reinstated as champion since that fight has yet to happen and that he is healthy enough to honor his mandatory title fight obligations. Whatever comes of that, the young rising star promises to keep his comments in line with his true character.

“I have learned a valuable lesson and I will continue to show the kind of person that I really am and will continue my quest for greatness inside and outside the ring.”

"I've had time to deflect, I sincerely loved using that term. I give the experience a 10/10"

Time to move on. He apologized and now he has remember that words matter.

Nobody is really sorry they said or did something. They're sorry they got caught. Damage control time.

[QUOTE=Motofan;20542127]He's young and he was talking trash but isn't great at it. It's over now. Glad he can put it behind him. The kids talented and that should be the focus.[/QUOTE] Nail on the head. Wish people would let this…

He's young and he was talking trash but isn't great at it. It's over now. Glad he can put it behind him. The kids talented and that should be the focus.