Former welterweight world champion Curtis Cokes, the first fighter from Dallas to win a world title and who would go on to become an International Boxing Hall of Famer, died of heart failure on Friday. He was 82.

Born in Dallas on June 15, 1937, Cokes, who boxed from 1958 to 1972 and held the welterweight title from 1966 to 1969 before becoming a noted trainer, had been in hospice care for a week before his death, according to the Dallas Morning News.

Cokes played baseball and basketball as a teen before turning to boxing at age 17. By 1961 he had cracked the top 10 welterweight world rankings and in 1965 he won the vacant Texas welterweight title. In August 1966, Cokes won a unanimous 15-round decision over Manuel Gonzalez to win the vacant WBA title. 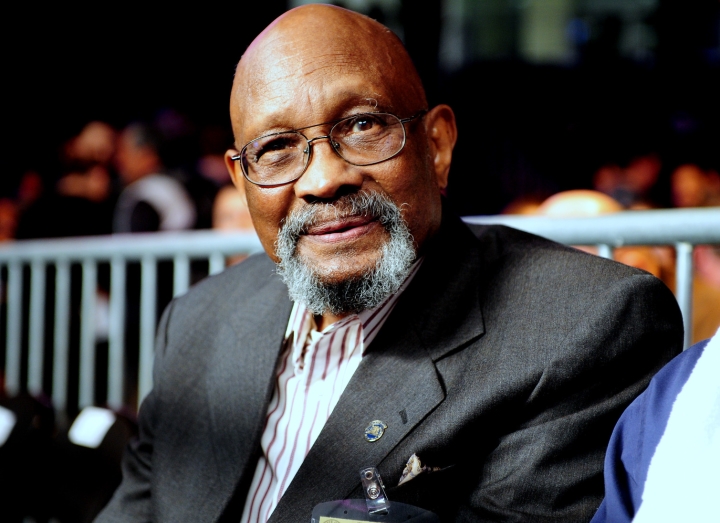 But it wasn’t until November 1966 that Cokes gained universal recognition as the welterweight world champion when he outpointed Jean Josselin in Dallas to retain the WBA title and win the vacant WBC belt.

Dickie Cole, who refereed the Cokes-Josselin fight and later went on to oversee the Texas commission, called Cokes victory “maybe the most memorable in Dallas’ boxing history,” according to the Dallas Morning News, also telling the paper that “Curtis wasn’t a punk kid who won the title. He was almost 30 years old and had paid his dues. He struggled to get there. Dallas never did him any favors. And there he was with that hammer he had for a right hand, winning as our champion.”

Cokes went 1-1-1 in his next three fights, all nontitle bouts, before knocking out Francois Pavilla in the 10th round to retain the title before a hometown crowd at Memorial Auditorium in Dallas when Pavilla’s corner threw in the towel.

More of a boxer than brawer and a noted counter puncher with a superb right hand, the 5-foot-8 Cokes (62-14-4, 30 KOs) would go on to make three more successful defenses against Charlie Shipes, Willie Ludick and Ramon La Cruz. As was often the case in those days, Cokes also fought a number of nontitle fights, including a 10-round decision win over Josselin in a rematch in 1968.

Cokes eventually lost the title by knockout to fellow Hall of Famer Jose Napoles at The Forum in Inglewood, California, in 1969 when, with a badly swollen eye, he could not come out for the 14th round.

In an immediate rematch two months later, in Mexico City, Napoles defeated Cokes again when he did not answer the bell for the 11th round. Cokes never got another shot at a world title, going 7-3-1 over his final 11 fights before retiring.

Cokes was proud of counter punching style, telling the Dallas Morning News in 2013, “The name of the sport is boxing, not fighting. You can play football, you can play basketball, but you can’t play boxing. It’s serious business where you can get hurt every time you step into the ring. It’s an art to hit and not be hit.”

After his career in the ring, Cokes found success as a top trainer. Among the boxers he worked with were former middleweight world titlist and fellow Dallas native Quincy Taylor and former heavyweight contenders Kirk Johnson and Ike Ibeabuchi.

Cokes also appeared in the famed 1972 John Huston film “Fat City” based on the boxing novel by Leonard Gardner. In 2003, Cokes was inducted into the International Boxing Hall of Fame in Canastota, New York.

You have achieve all your dreams, with your hard work and sacrifices Curtis Cokes, you always have my respect. Rest in Peace Champ, your legacy live on. :sad2:

Back in the day. Same day weigh in, 15 rounds, one champion. Napoles had to take that title at great effort. RIP champ.