Gvozdyk Not Stepping Aside, Ready For Adonis Stevenson Shot

In the wake of the twelve round majority draw between WBC light heavyweight titlist Adonis Stevenson and former two-division beltholder Badou Jack from this past weekend in Toronto, both sides have talked of a possible rematch.

But before that can take place, Oleksandr Gvozdyk - the WBC's interim champion - is in line to face Stevenson in his next title defense.

The World Boxing Council had ordered the Stevenson-Jack winner to face him next. 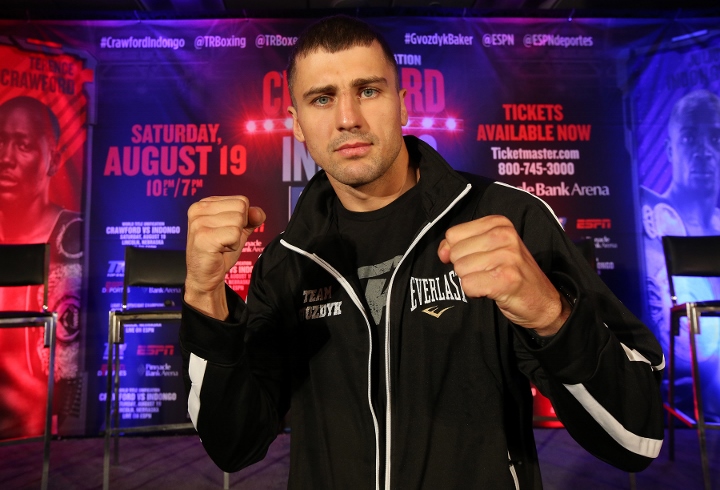 "I have a letter from the WBC that Oleskander Gvozdyk is going to be fighting the winner of Badou Jack and Stevenson and it's signed by the president(Mauricio Sulaiman) and we're not going to let that position go. We're not going to be taking any purses to step-aside or whatever."

"We're all over to get into our position to fight for the title," said Klimas.

The WBC has ruled that Gvozdyk is to fight for the WBC 175-pound belt 90 days after Stevenson-Jack - but Klimas notes that provision can be amended by the two sides as they come to an agreement.

"I spoke yesterday and today with our promoter, with the attorney who represents Gvozdyk, nothing stops us from making that fight. We are open for negotiations, we are open for any territory knowing if Stevenson can come to the United States to fight - we're willing to go wherever," stated Klimas. "Toronto, Montreal, Canada, if they're going to make a good offer.

"They want us to go to Showtime, nobody is stopping us. We can go to Showtime. So basically from our side there is no negative negotiations."

This fight happening in December. I see a passing of the torch.

[QUOTE=Clegg;18795258]... Despite the wording I don't think Jack is entitled to another shot as it was a voluntary. ...[/QUOTE] Why not? The WBC have created an eliminator and now they are stuck with it...

[QUOTE=THEFRESHBRAWLER;18792459]Lol he won’t most of the fans picking him didn’t see his last fight and probably don’t even know who he is[/QUOTE] I mean he has some good pedigree too...he has good size and looks the part...he did better against…