Greg Cohen has gone from the jailhouse straight to the courthouse.

The longtime boxing figure has filed, on behalf of his Greg Cohen Promotions LLC (GCP) outfit, a $50 million lawsuit against all involved parties in Ring City USA— an upstart promoter-agnostic boxing series—with the Essex County branch of the Superior Court of New Jersey.

“After GCP provided extensive input into the business plans and operations and made numerous introductions which are being utilized by the Partnership, the defendants proceeded forward with the New Boxing Business without including GCP in violation of the Partnership,” David A. Schrader, Cohen’s attorney notes in the 25-page complaint, of which BoxingScene.com has obtained a copy. “GCP estimates its damages at up to $50 million.” 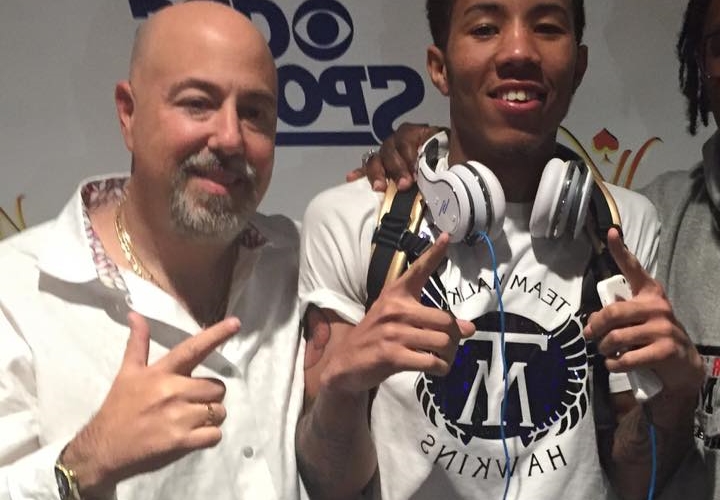 Cohen alleges to have formed a partnership with Offabbot and its CEO Frank Samuel in May 2018, from which point he “provided extensive input into the business plans and operations and made numerous introductions” for what has since become the foundation for Ring City’s new boxing series which debuts November 19 on NBC Sports Network. Junior lightweights O’Shaquie Foster and Miguel Roman are due to collide in the main event of the series’ inaugural installment.

The insistence is that the aforementioned defendants conspired to move forward with what Cohen claims as his shared vision, without the promoter or his GCP company along for the ride. With that comes the claim of an estimated $50 million in collective damages.

The exorbitant figure is visually supported by a 52-page deck provided by GCP, titled "Haymaker Sport Presents... TKO Fight Night." The concept outlined in the presentation calls for the development of rising talent in shows taking place in their home region as part of a weeknight series as not to compete with other major sports or even boxing’s biggest events. Entities such as the St. Louis Cardinals (MLB), Oklahoma City Thunder (NBA), Green Bay Packers (NFL) and Columbus Blue Jackets (NHL) are referenced as widely successful franchises from “small markets that make a big impact.”

Cohen uses one of his own fighters as an example. Former secondary middleweight titlist Rob Brant—for whom Cohen serves as lead co-promoter along with Top Rank—is cited for his having sold out the Grand Casino in his home state of Minnesota for each of his last five fights.

To date, that practice has not been adopted. The first three shows (November 19, December 3, December 17) are due to take place out of Freddie Roach’s Wild Card Gym in Hollywood, California.

However, his outline suggests achieving this vision through an independent/promoter-agnostic platform running every other week and with title eliminator-level bouts headlining each show. Depending on whatever paper trail exists, the subject is up for debate as to the intellectual owner for such a concept.

The complaint indicates that the last meeting involving Cohen took place on September 28, 2019, after which it is alleged that communications from the other partners began to decrease, which Cohen and GCP allege as a plot to “cut GCP out of the New Boxing Business.”

It also noted—almost in the same breath—that said decreased communication precedes Cohen’s eventual conviction for wire fraud, having been charged with defrauding an individual of false pretenses in a $200,000 faux investment to which he agreed to repay.

Cohen was sentenced to six months at the Federal Correctional Institute—Otisville in upstate New York, entering federal prison this past February and having since been released this past August, conditionally with three years of supervised release and 150 hours of community service.

Such matter was addressed in the complaint, noting that Cohen kept all alleged parties abreast of his circumstance but that he was still prepared to remain on board.

“Notwithstanding Cohen’s conviction, GCP as an entity remained fully capable of fulfilling its role in the Partnership, and GCP has already contributed to the operational preparedness, plan and implementation for the operation of the New Boxing Business,” notes the complaint. “It is also of note that unlike many other industries, having a criminal conviction in the world of boxing is not unusual and does not adversely impact on one’s ability to continue in the industry.

“Moreover, GCP was not involved in any fashion in Cohen’s legal trouble. GCP continued on as a boxing promotor even in Cohen’s absence and after Cohen’s return from prison.”

While there is plenty of smoke in the 25-page complaint, the burden of proof lies with the plaintiff in providing fire. Details are vague, if not entirely absent and with the bulk of the claims alleging an oral agreement but nothing in writing existing between parties.

Nevertheless, the damage to have allegedly taken place as a result of the series’ official launch is enough for Cohen to believe he deserves his day in court.

“By virtue of defendants' acts, plaintiffs are threatened with irreparable harm and are entitled to specific performance and/or injunctive relief. Without the immediate intervention by the Court to enjoin the continuing tortuous and improper actions by the defendants, plaintiff will suffer permanent and irreparable harm.

"Similarly, this Court is further request to enforce the specific performance of various contractual and partnership rights of ownership of the Partnership for which no monetary compensation will suffice, including the benefit of specific future distributions and profits from the Partnership, the New Boxing Business and from other entities to which defendants have diverted the boxing business.”

Despite the filed complaint, plans remain firmly in place to move forward with the series.

What a moron. He thinks he thought up the concept of having fights on Thursday nights in mid-sized cities? They should consider this lawsuit a violation of his probation and throw his ass back in jail.