Greer: Reunion With Trainer, Old Gym In Chicago Will Lead To Spectacular Performance

Joshua Greer Jr. wasn’t at all pleased with his last two performances.

Greer won both bouts on points, but he barely beat Russia’s Nikolai Potapov last July 13 and didn’t like what he saw when he watched footage of his victory over Antonio Nieves on October 26. The 26-year-old Greer’s regression led to a reunion with the bantamweight contender’s former trainer, George Hernandez, and made him return to his hometown of Chicago for training camp.

John Pullman trained Greer for each of his past seven fights in Northridge, California. Preparing for his fight Tuesday night against Mike Plania inside the familiar confines of the Chicago Park District boxing gym in Garfield Park, reinvigorated Greer.

“In the midst of all this that’s going on out here, I’m staying strong to complete my mission by bringing success and glory to the city of Chicago. It inspired me a whole lot. As the people say, now I’m back in the trenches. I’m back to my roots, man. I’m looking forward to putting on a spectacular performance.” 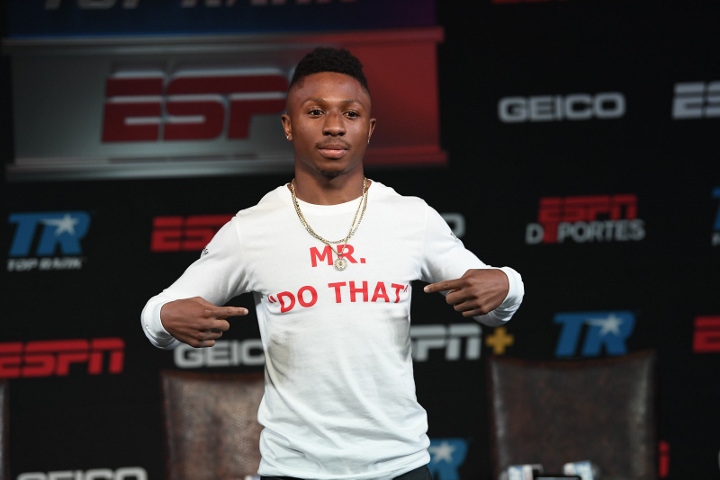 Greer (22-1-1, 12 KOs) is in line for a title shot, but he feels he has gotten away from boxing’s basics and tried too hard to knock out opponents. He had won seven consecutive bouts by knockout or technical knockout before scoring a controversial majority-decision win over Potapov (21-2-1, 11 KOs) in a 12-round IBF elimination match and a close unanimous-decision victory versus Nieves (19-3-2, 11 KOs) in a 10-rounder.

Greer also attracted attention by bringing a pillow to the ring with the words, ‘Night, Night,’ on it, an amusing gimmick that promoted his intention to put opponents to sleep.

“What made me go back to my former trainer is I felt like I was slipping on the things that was the foundation of the fundamentals, the whole base of the sport of boxing,” Greer said. “I felt like I slipped away from that. I relied too much on power and aggression and those type of things. I have way more skills than that, way more things to display. So, it’s all gonna come out June 16th. I’m ready to show the world why I am where I am, and how I got here.”

In the Philippines’ Plania (23-1, 12 KOs), Greer will encounter an unknown underdog who has lost only to former WBA/IBO bantamweight champ Juan Carlos Payano (21-3, 9 KOs). The Dominican Republic’s Payano topped Plania by unanimous decision, but Plania dropped Payano in the third round of their 10-rounder in March 2018.

If Greer wins, he’ll maintain his rankings as the WBO’s number one contender for Johnriel Casimero’s championship and the IBF’s second-ranked challenger for Naoya Inoue’s crown.

“Mike Plania, he’s a tough fighter,” Greer said. “He comes to fight. He’s aggressive. I’m sure all those guys from the Philippines have the motivation of Manny Pacquiao. So, I’m sure all them guys out there feel like it’s their time. But I feel like it’s my time. It only can be one of us, so I know I’ll be the last one standing.”