More than 11 years have passed since promoter Jimmy Burchfield brought live championship boxing to the Connecticut Convention Center. The drought ends Friday with one of the state’s most successful fighters looking to add another title to his collection.

"It’s a pleasure for me to be fighting for another title in front of my friends, family and supporters. I’ve trained hard to make sure I’m 100-percent ready for the task at hand. I’m looking forward to putting on a great show on October 11. Thanks to Mr. [Burchfield] for putting such a great show together. It’s great to be back home where it all started,” Dawson said. 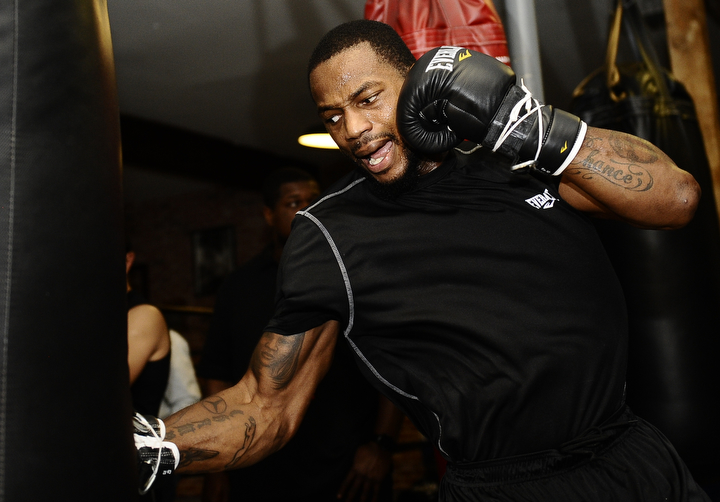 The card features nine action-packed fights, an eclectic mix of longtime fight veterans and young up-and-comers, some of whom will have the opportunity to showcase their skills on the world’s largest streaming platform. The fight week festivities kick off today with a special pre-fight press conference at 5 p.m. at Armazem Fusion Fitness, 45 NE Industrial Rd., Branford, CT 06405. The press conference is free and open to the public.

Bringing boxing to UFC Fight Pass® was only a matter of time for CES Boxing, whose MMA division debuted with the streaming platform in January. Dawson’s return to the ring headlines the promotion’s first event in Hartford since fellow Connecticut boxer Matt Remillard captured the WBC Youth World Featherweight Title with a win over Jose Megallon.

“I’ve fought world-class opponents before, so being in the ring with a guy like Chad Dawson is nothing new to me. I’ve been working hard with my team in San Diego to bring the belt back to the west coast. I hope Chad Dawson is as ready as I am. The fans will enjoy this fight," Grachev said.

Dawson last fought in Hartford in November of 2009 when he defended his WBC and IBO light heavyweight titles against Glen Johnson. Friday is his just his second appearance at the Connecticut Convention Center; his first also happened to be his first world title defense, a knockout victory over Jesus Ruiz in 2007 to retain the WBC championship.

[QUOTE=millcitymauler;20108811]Chad was a got dam beast when he was in his prime. Smooth boxer, enough power to keep anyone honest, and a pretty nice mean streak.[/QUOTE] Sure enough but at this point he's just plain bad, as in not good.…

I have never seen a boxer fall off the way Chad Dawson fell off. Great boxer in his prime. The Ward fight ruined his career.

Chad was a got dam beast when he was in his prime. Smooth boxer, enough power to keep anyone honest, and a pretty nice mean streak.