Gorman: When I Knock Dubois Off - I'll Be The Golden Goose!

NATHAN GORMAN INSISTS that he is about to seize top billing from Daniel Dubois when the young heavyweights collide at the o2 Arena on July 13.

Gorman believes Dubois is the promotional poster boy for Frank Warren's organisation, the chosen one tipped to reach the pinnacle of the heavyweight pecking order. 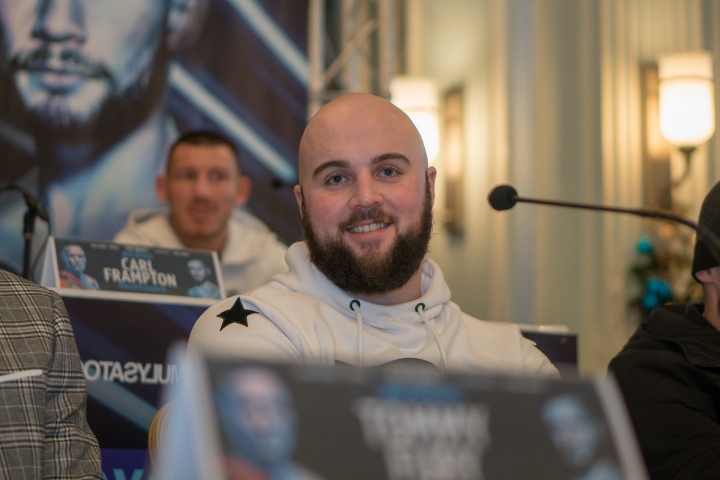 Well, Gorman intends to turn the 'Heavy Duty' blockbuster into an episode of Trading Places by knocking the golden boy off his promotional perch.

"Of course he is," responded 16-0 Gorman to the question of Dubois being the young heavyweight face of the company.

"Listen, he is big, he's got a nice big six-pack. I haven't, so he looks good in photos. When I knock him off the perch I will take it from there and I will be No.1, I will be the golden goose.

"Until then I am happy to be the underdog, which I would imagine I will be."

So why does the unbeaten and more experienced Gorman consider himself to be the outsider in the betting?

"People just write me off, they look at the way he is built and think 'he looks handy'," he explained. "If it was a bodybuilding competition he would win Mr Olympia, but it is isn't. It is fighting and one thing I can do is fight."

Gorman went on to totally reject the suggestion that the resume of Dubois is stronger than that of his own in terms of opposition, while taking a swipe over the credentials of the Londoner's last opponent, Richard Lartey.

"How has he? Who has he fought? No disrespect, I fought Kevin Johnson, I fought Cojanu, so we have basically fought comparable opponents.

"You can't go off Lartey, his last opponent, who I think had to dye his beard to cover up his grey hair!"

Gorman talking the same way Fury talks of AJ. It isn't his six pack that's going to hurt you, it's his punches. Fury ran and talked about AJ whereas Gorman is actually fighting Dubois. So see his talk for what…

[QUOTE=Buggy bear;19766771]Just seen 20 seconds of Gorman , way to slow, lazy jab , takes himself to the ropes and doesn't move his head on the inside or outside ... good luck pal on reaching the next level[/QUOTE] Gorman slow…

Who cares about the tall hobbit? DDD should beat him. Joe Joyce vs DDD - that's what I want to see.

Dubois is very muscolar but static and its boxing is basic. Gorman is more skilled imo. I'd bet on Gorman as of today. Gorman and Kownaki are the "fatty Patties" of today boxing.