Matthew Macklin and Martin Murray are both very familiar with the punching power of former middleweight king Gennady Golovkin (38-1-1, 34 KOs).

In June of 2013, Golovkin landed a brutal hook to the body to score a third round knockout over Macklin at the MGM Grand at Foxwoods.

And in February of 2015, Golovkin battered and stopped Murray in the eleventh round. At the time, Murray lasted longer than any past Golovkin opponent. It was until March 2017, when Daniel Jacobs became the first boxer to take GGG the full twelve round distance. 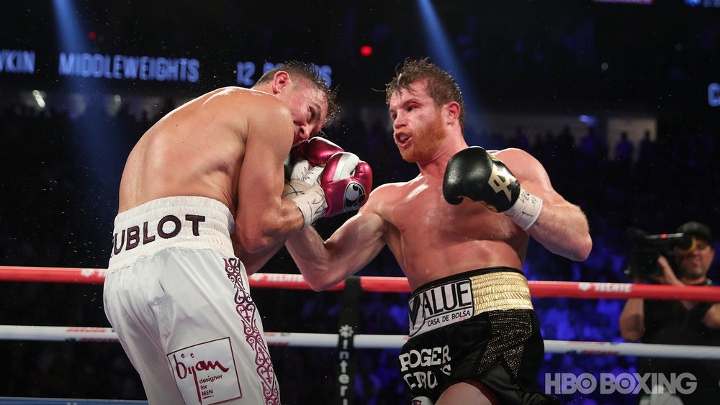 Golovkin was on the losing end of a twelve round majority decision in his high profile rematch with Canelo Alvarez, who with the victory captured the WBC, WBA middleweight titles.

The fight was very close, with many rounds that could have easily gone either way.

"I thought Canelo won it and I agreed with the result. Despite the fact he’s failed tests and he’s a drugs cheat as everybody knows, and I wanted Golovkin to win, but I watched it with no commentary on, me and my 10 year old lad, and we both scored it differently, but had Canelo up a round. I had it [for] Canelo, my lad had it 114-113, but we both thought he won," Murray told Boxing News.

"I thought Canelo did what he needed to do which was hold the centre of the ring and push him back. I’ve always said that’s how you beat Golovkin and I didn’t think there was a middleweight strong enough to do it but Canelo showed that’s how you beat him. It was close and it was one of them where it wasn’t a robbery and everybody scores it differently. I know there was a lot of people that had it to Golovkin I wouldn’t have moaned at it or disagreed, and I would’ve been happy for him as I thought he deserved it the first time, but I went off my own scorecard and I gave it to Canelo by a round, I just thought he did enough."

On the other end, Macklin saw Golovkin walk away with a close points win - but due to the close nature of the contest, he has no issue with fight being scored for Canelo.

"I thought it was so close, couldn’t argue either way. A draw or 115-113 either way, and there can be no arguments. I had it 115-114 GGG. I scored it round by round and I had it six rounds to GGG, and five to Canelo and one even. There were two rounds where I went with GGG which I wouldn’t argue if someone went Canelo's way," Macklin said.

"In those rounds I swayed Golovkin’s way because of the more hard jabs he landed. I think Canelo standing his ground was wise tactics, he didn’t allow GGG to bully him or to boss the fight from the centre of the ring. I think they will rematch and I’d like to see it, although it’s a shame for GGG as I think he’s only getting older."

[QUOTE=sterilizer;19124504]I totally disagree. GGG and Canelo MORE THAN GAVE THE FANS WHAT THEY PAID FOR, by the way they fought what was probably to be named the best fight of the year, or at least one of the top three.…

[QUOTE=Billycostigan;19122103]Not saying anything regarding the outcome but mayweather vs canelo was in fact at a catch weight of 152 for the weigh-in that is[/QUOTE] It was, but the guy I responded to claimed Mayweather didn't want to fight at the…

Not sure why anyone is mad at the outcome or gloating about the outcome. This fight was closer than the first, literally came down to a round difference, the previous one could be argued openly about judging..this one cannot. I…