Golovkin Not Happy With WBC's Decision on Canelo's Title

Former middleweight champion Gennady Golovkin (38-1-1, 34 KOs) is not happy with the World Boxing Council's recent decision on his request to secure a direct rematch with Saul "Canelo" Alvarez.

Last month at T-Mobile Arena in Las Vegas, Canelo won a twelve round majority decision over Golovkin to capture the WBC, WBA world titles. Their first contest ended in a controversial twelve round split draw.

At the WBC's recent convention in Kiev, Golovkin submitted a request for the sanctioning body to order a direct trilogy fight. 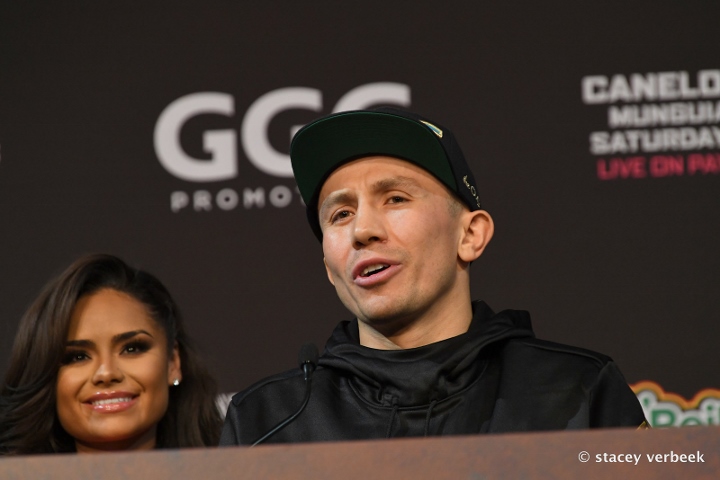 But Golovkin did not get his way.

Instead, the WBC approved Canelo's request to make a voluntary defense and they ordered Golovkin to face WBC interim-champion Jermall Charlo in a final eliminator.

Golovkin, who felt that he did enough to win the rematch, expected to receive the direct trilogy with Canelo.

"Golovkin feels left out and I'm very sorry about that. I just read a message from him. You have to understand that boxing is a stage, if the fight is very good [then another is demanded], but they had a war and I do not think it's something that should happen immediately. There was a message from Tom Loeffler, from his promoter, the message is not negative, simply that they expected that we would have voted for a direct rematch," Sulaiman told ESPN Deportes.

On Friday, Canelo announced that he would return to the ring for the second time in 2018 - when he moves up to the super middleweight division on December 15th.

Canelo will challenge British boxer Rocky Fielding for the WBA "regular" title at Madison Square Garden in New York City. The contest will mark Canelo's debut on the East Coast. If Canelo wins, the boxer will become a three division world champion.

Win or lose, Canelo will retain his middleweight belts and likely won't fight again until May of 2019.

No word just yet if Golovkin intends to face Charlo.