The undefeated middleweight champion continued to admonish Alvarez and his team before their open workouts in Los Angeles for failing two performance-enhancing drug tests in February. The Kazakh knockout artist also took shots at those that still support Alvarez, who’ll battle Golovkin again September 15 in an HBO Pay-Per-View main event at T-Mobile Arena in Las Vegas.

Golovkin called Alvarez’s supporters “fake” while speaking to a group of reporters prior to the WBA/WBC/IBO middleweight champion’s open workout at Banc of California Stadium, the new home of Major League Soccer’s Los Angeles FC. Alvarez (49-1-2, 34 KOs) and Golovkin (38-0-1, 34 KOs) are scheduled to work out there in an event that’s free to the public Sunday. 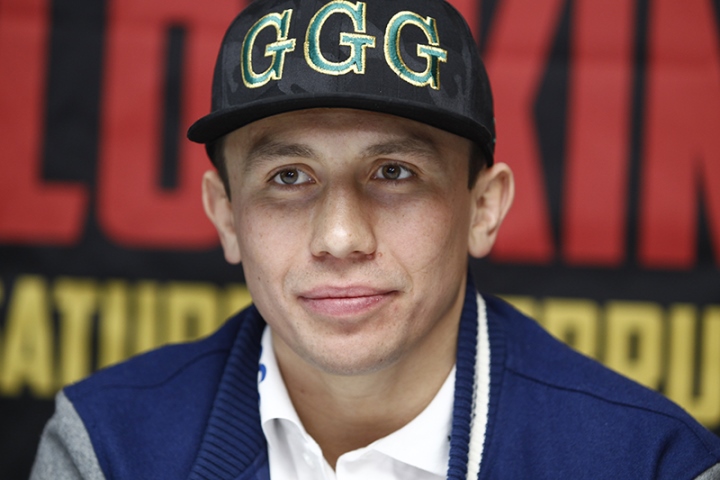 “I don’t feel angry,” Golovkin said. “I don’t feel respect for this team, not only for Canelo. I know Canelo a long time. He’s like a young guy. He listens to his [promoter], listen to his team, you know, [that’s] his problem. Really, he has [a] big problem. He has scandal. You know, he’s still working with these people who bring this situation, for this scandal. This is very terrible for him. This is my point.

The 28-year-old Alvarez will appear publicly Sunday night for the first time since the former two-division champion’s six-month suspension ended last weekend. The Mexican icon maintains that contaminated meat consumed in his home country caused him to twice test positive for clenbuterol in February.

That hasn’t stopped Golovkin and his trainer, Abel Sanchez, from harshly criticizing Alvarez and his handlers for the PED ordeal that caused their rematch, initially scheduled for May 5 at T-Mobile Arena, to be canceled.

[QUOTE=BigStomps;19065712]Well in case you haven't heard we get to see it all over again in two weeks.[/QUOTE] You mean another F1 race from Carmelo?

[QUOTE=BigStomps;19065888]You have no clue what boxing is all about with that comment... "Real boxers fight in the middle of the ring, not the ropes..." LOl Says who? You?? A real boxer adjusts to different styles of boxing and fights in…

[QUOTE=Sktherealdeal;19057795]Real boxers fight in the middle and not at the mercy of the rope plus he hit him several times on the rope so what?[/QUOTE] You have no clue what boxing is all about with that comment... "Real boxers fight…

[QUOTE=Sktherealdeal;19057807]We all already know. Only fellow roid abusers believe NOT.[/QUOTE] Well in case you haven't heard we get to see it all over again in two weeks.

[QUOTE=BigStomps;19058326]We'll find out soon enough[/QUOTE] We already did. Only you still in love with your roided boyfriend.