York Hall, Bethnal Green, UK - In the fought bout of the MTK Golden Contract featherweight tournament, Leigh Wood (23-1, 13 KOs) stopped previosuly undefeated David Oliver Joyce (11-1, 8 KOs) in the ninth round, Joyce had been down twice in the fight.

Joyce was boxing well and outlanding the smaller Joyce. In the second, a short left dropped Joyce down.

Joyce began to apply a lot more pressure in the third, making the fight a lot closer as both boxers had their moments, with the momentum swinging back and forth. Wood had the edge, with Joyce showing his guts by firing back whenever he found himself in trouble.

During the seventh, Joyce was hurt really bad and Wood came close to stopping him against the ropes, but Joyce managed to fight his way out of trouble. At the end of teh round, Wood dropped Joyce for a second time.

Wood went for the kill once again in the eight, when he wobbled Joyce with a left hand. Joyce continued to fight on and was able to survive.

During the ninth, Joyce was staggered back by a right hand - and this time the referee had seen enough and waved off the contest. 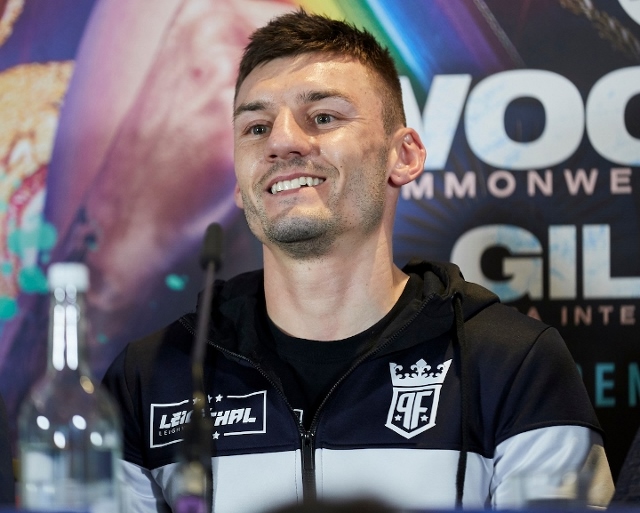 Socarras was lined up earlier this year to face Shakur Stevenson, but the two sides were unable to reach a deal on all of the terms.

After four close rounds, a brawl broke out in the fifth. During the round, Walsh landed a big hook that sent Socarras stagging into the ropes and it was counted as a knockdown, since the ropes kept him up.

Going into the ninth round, a cut had opened up above the left eye of Socarras. In the ninth round, Walsh rocked Socarras once again - sent him back into the ropes. Walsh unloaded with a lot of punches until the referee jumped in to wave it off.

“I’m going to take my children to Euro Disney,” said Walsh in his interview after the fight. “I haven’t got the money yet, I’ll have to wait until this whole MTK thing, but I’m well on the way.”

Dickens was last in action on July 12 at the Eventim Olympia in Liverpool when he snatched the then-vacant aforementioned belt from Australia’s Nathaniel May.

“I knew he was tough and he was game and he was looking for one big shot all the way through the fight. He was dangerous while he was fit but we took the sting out of him and got the win.”

With Dickens advancing to the final four, he said he hopes he doesn’t meet former stablemate Tyrone McCullagh.

McCullagh –– who is now trained by Danny Vaughan –– outpointed Razaq Najib by scores of 97-93, 98-92 and 96-94 in the opening quarter-final of the competition and had previously been training alongside Jazza in Liverpool.

“I just hope it’s not Tyrone [that I box in the semis],” said Dickens, who is trained by George Vaughan, the aforementioned Danny’s father, and former British, Commonwealth and interim world champion Derry Mathews.

McCullagh was took good and step above in the boxing department. He was able to outbox, outmaneuver, and outland Najib in nearly every round of the fight. Najib applied a lot of pressure, but he was unable to land most of his thrown punches.

Wood is a seriously skilled boxer with the entire tool chest. Most impressive fighter of the night.

Great tournament so far. Can’t wait for other weights

It was a good stoppage.

Walsh just knocked out the cuban in the 9th. great fight!