They were initially scheduled to fight for a second time on May 5th -  but the fight was called off when Canelo tested positive for the banned clenbuterol  - which prompted the Nevada State Athletic Commission to suspend the Mexican star for six months.

According To Gomez, the two sides had agreed to just about everything - for a planned rematch on September 15th in Las Vegas. 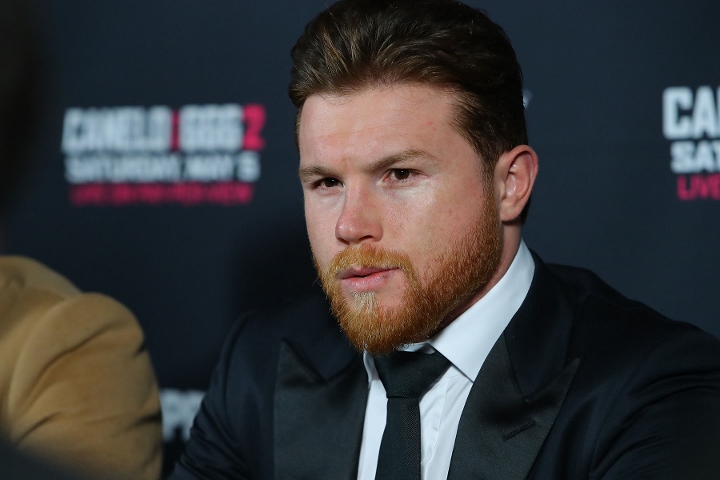 But things took a turn for the worse, says Gomez, when Golovkin came back with a fresh batch of demands.

“As of right now, it’s dead,” Gomez said to the Press Enterprise.

Gomez said the deal for the rematch was in place before and after it was canceled for May 5.

At the moment Golovkin is looking for a better financial package.

He believes Golovkin made these fresh demands because he's having seconds thoughts about the fight - out of pure fear.

"We’re moving on. I do believe [Golovkin is scared], because it’s been one excuse after another,” Gomez said. “… With what they came back with [on Thursday], they clearly want to kill the fight.”

The first bout between Canelo and Golovkin took place in September 2017, and it ended in a controversial twelve round split draw at the T-Mobile Arena in Las Vegas.

I like to see minutes of fight negotiations be made public so everybody knows exactly what demands are, these guys are always playing the media propaganda game of he said she said, the first fight was a draw the money…

[QUOTE=genrick;18808539] Can Loeffler make the Charlo fight now? Charlo wants it desperately.[/QUOTE] Watch their recent interview, I would not describe it as "desperately"

[QUOTE=robbyheartbaby;18810483]Golovkin is scared, lol he actually said that, sure Eric, what a knob.[/QUOTE] Maybe not of canelo himself but losing to him.if it happens canelos haters the ones who root for him against canelo would quickly turn on him and…

Golovkin is scared, lol he actually said that, sure Eric, what a knob.

Afraid of WHAT?? A chickenredass runner?!! Gomez is such a dumbasz!!! What has happened to Boxing?! Mayweather is the stupid culprit!! He rolled the ball on this garbage!! When does a drug user that got beat get the better deal…