A compassionate boxing fan has set up a GoFundMe account to benefit the wife and young son of the late Maxim Dadashev.

Dadashev’s widow, Elizaveta Apushkina, arrived in Maryland late Monday night. She was in the process Wednesday of having her husband’s body transported back to Russia. 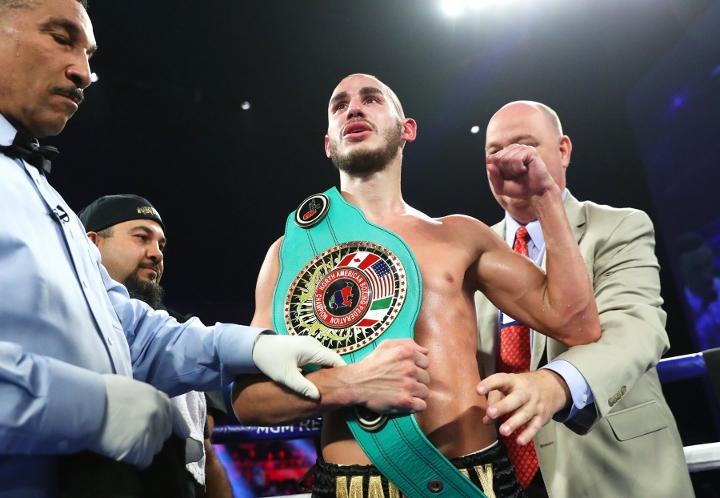 Her husband’s purse – $75,000, plus training expenses – will be paid to her. Insurance companies don’t underwrite life insurance policies for professional boxers due to the inherent danger of their occupation.

Those interested in contributing to the fund, which has a set goal of $20,000, can do so by clicking here: https://www.gofundme.com/f/dadashev.

Dadashev moved from St. Petersburg, Russia, to Oxnard, California, in 2016 to purse his boxing dream. He had hoped to attain a green card, so that he could bring his wife and son to the United States to live with him.

“It is with great sadness that I confirm the passing of my husband, Maxim Dadashev,” Apushkina said in a statement released Tuesday. “He was a very kind person who fought until the very end. Our son will continue to be raised to be a great man, like his father. Lastly, I would like to thank everyone that cared for Maxim during his final days. I ask that everyone please respect our privacy during this very difficult time.”

Dadashev remained in a medically induced coma from the time he exited surgery early Saturday morning until his death. ESPN.com reported that the neurosurgeon who performed the procedure on Dadashev told his manager, Egis Klimas, on Saturday that the fallen fighter had suffered severe brain damage.

His trainer, Buddy McGirt, stopped what had become a one-sided fight following the 11th round Friday night because he felt Dadashev had taken too many punches. Dadashev walked out of the ring on his own, but quickly had trouble standing and vomited into a bucket.

Dadashev was removed from the arena on a stretcher and was rushed to nearby UM Prince George’s Hospital Center in Cheverly, Maryland, where he had surgery.

Dadashev was unbeaten before Puerto Rico’s Matias (14-0, 14 KOs) defeated him in their IBF junior welterweight championship elimination match. Dadashev went 13-1, including 11 knockouts, in a three-year pro career that began in April 2016.

His scum bag manager Egis Klimas is a multi millionaire, and they need to raise twenty thousand, really?

So sad, 75k isn't much as well considering what followed.

Done. RIP Maxim. He was a very good cheerful kind guy. It is so sad to lose someone young and talented like him. My condolences to his family

Done. When you donate through Gofundme, you can decide how much you wanna pay to the webpage, so this shouldn't be an excuse to help Dadashev's family. The guy gave his all and made it clear he wasn't a quitter.…

If his wife was smart she'll be suing somebody