Last week, it was announced that former super middleweight champion Gilberto Ramirez (40-0) would face Alfonso Lopez in Texas with an exact venue still to be determined.

The fight would be Ramirez's first under his own promotional banner, Zurdo Promotions, who would co-promote the bout along with Lopez's El Tigre Promotions

This will be Ramirez's first fight since his 4th round knockout win over Tommy Karpency in April, 2019 which was his first foray in the light heavyweight division. Prior to that victory he made 5 successful defenses of his WBO super middleweight title. 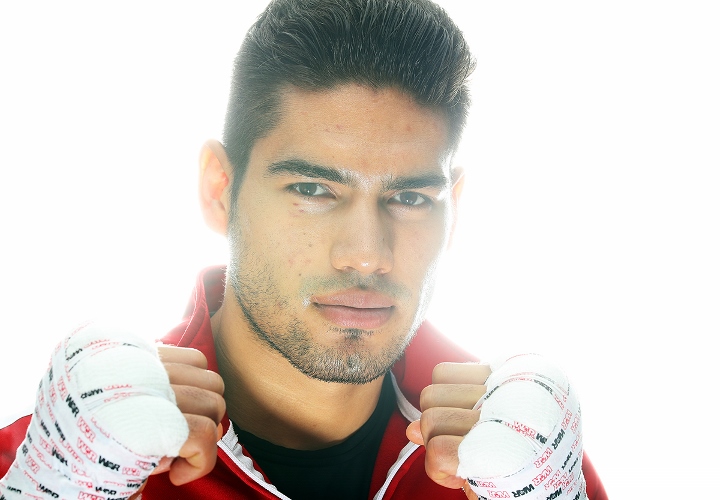 Lopez hasn't fought since last year either but was more active going 3-0 in 2019, winning 2 of those fights via knockout.

"The plan was to get a fight in before the end of the year under my own promotional company and that is what we are doing.  I need to get back in the ring," Ramirez told BoxingScene.com.

The 29-year-old Ramirez said that his plan is to face Lopez and then move on to bigger fights in the talent laden light heavyweight division.

He broke away from longtime promoter Top Rank earlier this year and has fielded offers from other promotional entities but for now plans on working through his own promotional company.

If everything goes well on December 19th, Ramirez hopes to face unbeaten WBA super light heavyweight champion Dmitry Bivol (17-0) in the first part of 2021. Bivol won the WBA interim title in 2017 and also held the "regular" version of the title before being elevated to their "super" champion.

"After this fight we want big fights with any of the champions.  Let's get through this fight and then hopefully we can reach an agreement to face Bivol next year," Ramirez stated.

I know that Smith jr is a bum, i just want to see Beterbiev fights someone, and looks like Smith jr is the guy who wouldnt duck anyone and will accept the fight

[QUOTE=Satir;20909226]yep, seems like nobody believes this guy, but Bivol - Zurdo, Beterbiev - Smith Jr would be the semi-finals fans are itching for[/QUOTE] Who cares about Joe Smith Jr the guy is a bum. Lost a lot of rounds to…

Zurdo is Mexican and a future Canelo cherry pick. Bivol is Russian with, judging by the fact his promoter doesn't even bother to talk about him, no fanbase. So, expect Zurdo to wildly overperform the expectations based on the prior…

Eddie hasn't been able to do much for Bivol, I'm sure he'll pay quite a bit for Zurdo

Oh, sure he does. You mean he wants to talk about fighting Bivol while lining up another bum. Tavoris Cloud won a comeback fight the other day. Ramirez is probably already eyeing him for next.