BoxingScene.com has been advised that unbeaten former super middleweight champion Gilberto “Zurdo” Ramírez (40-26) and long time promoter Top Rank Inc. have came to an agreement to officially part ways - making the 29-year-old a promotional free agent. He is managed by David Suh.

“I have decided to move my career in a different direction,” Ramírez stated to BoxingScene.

“I would like to thank Bob Arum and all of the Top Rank family for all the support they have given to my career. They always treated me with class. I can’t wait for the next chapter of my career. There are many big fights in my division and I am here to take over.” 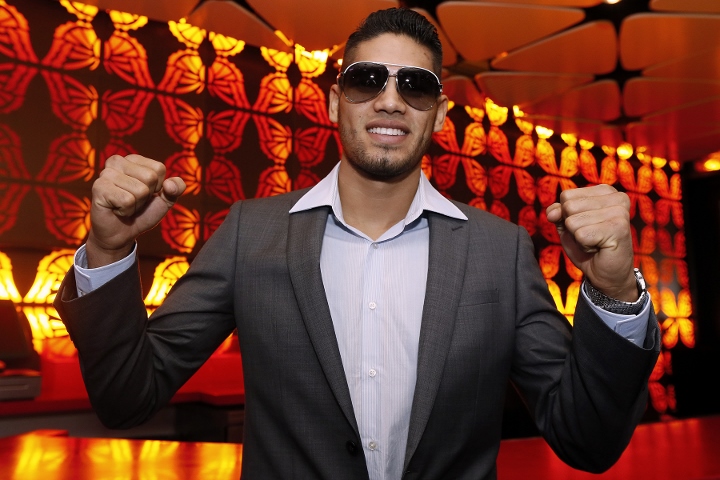 Ramírez captured the WBO super middleweight title in 2016 when he shut out long time champion Arthur Abraham on all three scorecards in Las Vegas. He successfully defended his title 5 times including a pair of memorable bouts against nemesis Jesse Hart.

He moved up to 175 pounds in April of last year and blew out Tommy Karpency in four rounds in his most recent ring appearance. Even though he hasn’t fought since since then, he has stayed active in the gym.

When asked for a statement, a spokesman for Top Rank told BoxingScene.com, “we have reached an amicable settlement with all parties. We wish Gilberto and his team the best of luck in the future.”

The Mazatlán, Sinaloa, México native is forming his own promotional company, ‘Zurdo Promotions’ to co-promote his future fights and is planning to return to the ring in the near future. He hopes to face the biggest names as soon as possible.

[QUOTE=MxicoFistology;20676508]Its a free country , i express myself as however i wanna express myself, wether it offends sensitive btch boys like you or not[/QUOTE] You are free to be as much of an anti-semetic jerk as you want but don't…

[QUOTE=_Rexy_;20663937]Zurdo is the only fighter I’ve seen frantically trying to LEAVE the promotion with all of the titles[/QUOTE] They aren't giving him those fights so what's the point? He's been pissed since they tricked him into dropping the 168lb title…

He seriously needs a decent opponent next

Perfect low budget opponent for Canelo during pandemic. What are they waiting for?

[QUOTE=yankees7448;20664853]Its not about being sensitive its about not being an anti-semetic jerk.[/QUOTE] Its a free country , i express myself as however i wanna express myself, wether it offends sensitive btch boys like you or not