Nielsen Media Research revealed Tuesday that Davis’ 12th-round stoppage of Gamboa attracted a peak audience of 604,000 on Saturday night from State Farm Arena in Atlanta. Davis-Gamboa, the longest fight of Davis’ six-year pro career, was watched by an average audience of 577,000.

The only fight Showtime aired this year that drew higher viewership was Deontay Wilder’s first-round knockout of Dominic Breazeale on May 18. Wilder’s mandatory WBC heavyweight title defense versus Breazeale, which lasted just two minutes and 17 seconds, was watched by 886,000 viewers live on Showtime from Barclays Center in Brooklyn. 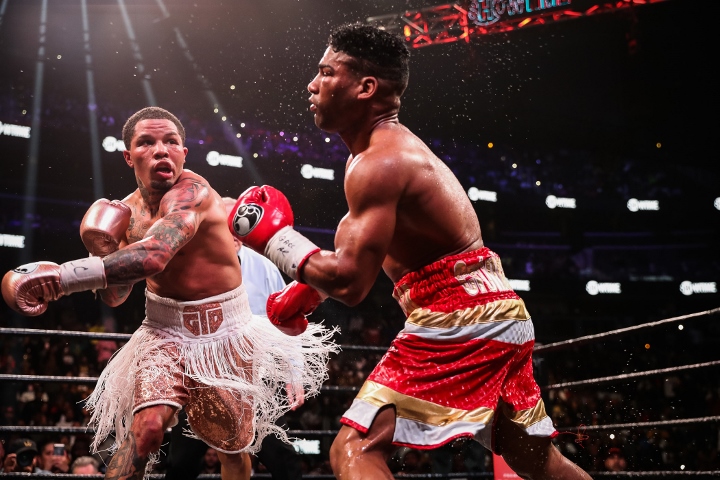 A total of 774,000 viewers watched Davis-Gamboa through various platforms. That figure includes those that tuned in live on Showtime, through On Demand for initial replays and via Showtime’s live streaming service.

Wilder-Breazeale attracted a total of 1,100,000 viewers live on Showtime, via On Demand for initial replays and through Showtime’s live streaming service.

Baltimore’s Davis (23-0, 22 KOs) also has produced the third-highest viewership for a fight on Showtime this year. His second-round knockout of Ricardo Nunez attracted a peak audience of 594,000 and an average audience of 553,000 on July 28 from Royal Farms Arena in Baltimore.

The 25-year-old knockout artist’s previous fight – a first-round blowout of Hugo Ruiz – produced lower viewership, a peak of 486,000, on February 9 from Dignity Health Sports Park in Carson, California. Ruiz was a late replacement for three-division champion Abner Mares, who withdrew on short notice due to a detached retina.

Gamboa is 38 and was widely considered a big underdog, but the three-division champion is much more known than Nunez and Ruiz.

Davis knocked down the Cuban-born Gamboa three times on his way to recording a 12th-round TKO. The newly crowned WBA world lightweight champ sent Gamboa (30-3, 18 KOs) to the canvas in the second, eighth and 12th rounds.

Referee Jack Reiss stopped their fight as soon as Gamboa went down a third time, with 1:43 remaining in the final round.

Davis, who’s promoted by Floyd Mayweather, might make his debut as a pay-per-view headliner in his next fight.

Leonard Ellerbe, Mayweather Promotions’ CEO, said Saturday night that they expect to take Davis to that platform for his first fight of 2020. Ellerbe acknowledged that WBA 130-pound champion Leo Santa Cruz is among the opponents they’re considering for that bout.

[QUOTE=champion4ever;20305867]Your mom already ate mine once I stuck it up her dookie hole. Man I have to admit your mom is a real is a pro. She literally licked and cleaned my d[COLOR="Black"]ic[/COLOR]k like a chicken wing. She tried to…

[QUOTE=champion4ever;20304428]Go eat a dick as[COLOR="Black"]sho[/COLOR]le! Fox is a free television network. ESPN and DAZN are subscription based platforms. Showtime doesn't air as many or quality fights as the other three platforms do.[/QUOTE] Your mom already ate all the dicks ***

[QUOTE=Koolz87;20303923]Oh yeah i forgot showtime is free stfu get your facts straight monkey boy[/QUOTE]Go eat a dick as[COLOR="Black"]sho[/COLOR]le! Fox is a free television network. ESPN and DAZN are subscription based platforms. Showtime doesn't air as many or quality fights as…

[QUOTE=champion4ever;20294521]Well as a whole, at least the PBC does better ratings than the DAZN and ESPN combined. It's because they have better quality fighters than those s[COLOR="Black"]hi[/COLOR]t fights they air on DAZN and ESPN. At least the PBC offers free…