WBA lightweight champion Gervonta Davis (23-0) was last in action in December when he defeated former champion Yuriorkis Gamboa by 12th round knockout in Atlanta, Georgia.

Next up for the 25-year-old two-division champion is Leo Santa Cruz.  The two are expected to square off in a pay-per-view event at some point in the summer when the covid-19 pandemic begins to slow down. 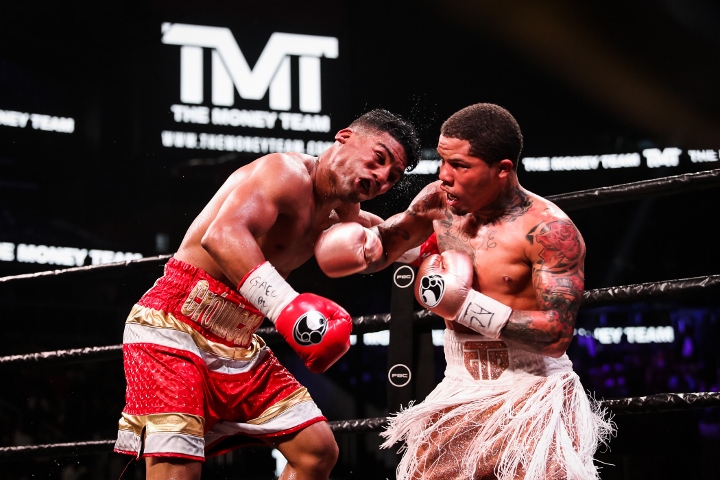 Davis recently appeared live on social media with WBA president Gilberto Mendoza to discuss a variety of topics.  One of the topics asked of the Maryland native was who he looked up to when he was coming up in the sport.

Mendoza also asked Davis which fight was the toughest fight of his career.  The two fights that came to mind were when he won his first title against Jose Pedraza and his most recent victory over Gamboa.

Davis received criticism for what some felt was a sluggish performance against Gamboa but he said that the reason for that was because Gamoba didn't want to engage and was just trying to make it to the final bell.

“My toughest fight I would say Pedraza. Gamboa showed me some stuff. Gamboa came to survive. He didn’t come to fight. One shot I would hit him with then the next shot he would either grab me or throw anything so he wouldn’t get knocked out. You know how you spar and dudes who don’t throw back. It’s hard to hit a person when they not throwing back at you. You need somebody to engage with so you catch him with a shot,” Davis stated.

[QUOTE=theface07;20573966]He tore his achilles tendon in the 2nd round and it still took Davis 11 rounds to stop him! On top of that, he is an old, faded fighter that Davis should've been able to dominate from round 1. The…

[QUOTE=BIGPOPPAPUMP;20573372]WBA lightweight champion Gervonta Davis (23-0) was last in action in December when he defeated former champion Yuriorkis Gamboa by 12th round knockout in Atlanta, Georgia. Next up for the 25-year-old two-division champion is Leo Santa Cruz. The two are…

Stank could not beat an old CHERRY on one leg...LOL