Gervonta Davis Embraces Live Crowd For Fight, Has No Fear of COVID-19

WBA "regular" lightweight champion Gervonta Davis is not worried about the possibility of contracting COVID-19, as he prepares to fight before a live crowd in the coming weeks.

Davis (23-0) will collide with Leo Santa Cruz (37-1-1) in the main event of a Showtime Pay-Per-View from the Alamodome in San Antonio, taking place on October 31.

For Davis, the contest will be his most high profile opponent and his debut in the main event of a pay-per-view card. 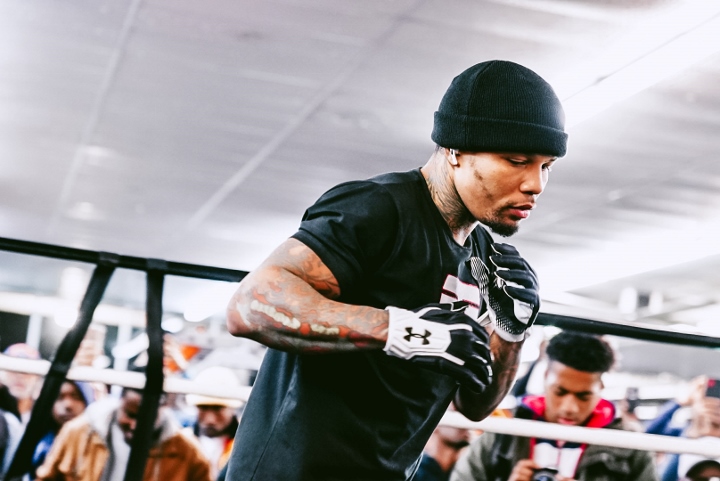 There will be a few thousand fans in attendance to watch the event - making it the first major fight with such an audience in the United States.

Davis, 25-years-old, has no fear of fighting with so many fans in the venue.

"I'm just only speaking for me as a fighter -- I'm okay with getting sick to please the fans," Davis said to TMZ Sports.

"If I got sick and I find out that night, I'd be okay with it just knowing that I put on a great show. I did it in front of the fans. I did it for a cause."

Davis says he understands the risks, but ultimately it's worth it for him to fight in front of the fans.

"If I gotta take that hit, then you know I'll quarantine by myself, just knowing that I did it for the fans, and I did something great for the sport and things like that. I'm not saying I want that to happen but if that was to happen, I'm okay with taking that lick on the chin. Take that 14 days and stay healthy," Davis said.

"Me and Ryan could definitely happen next if both parties get on the same page and make the fight happen," Davis said.

[QUOTE=Larry_Rushmore;20809047]It is not about you, it is about affecting others..sad how people keep down playing this[/QUOTE] Seems like a lot of Faux News viewers and Tin Foil Hat boys on this thread

Tank has been whistling walking by the graveyard while his friends have been murdered so of course he doesn't view coronavirus like the average person of moderate intelligence or better would.

It is not about you, it is about affecting others..sad how people keep down playing this

[QUOTE=takenotes;20808890]Are you insane? Have you listened to Biden at all? he does not even know where he is half the time. Get a clue, kid[/QUOTE]My bad! I don't want to seem partisan! I have no political affiliation with either party!…

[QUOTE=boxingitis;20808264]Covid is fake, made up from the goverment to control people. The just want to implant a chip in the vaccine to control people and use 5 G technology..jajajajaja[/QUOTE] Yep. The government can now project people's dreams on a big…