Former middleweight champion Gennady Golovkin could decide by year’s end whether to sign one of two lucrative packages being offered by DAZN or ESPN, his promoter, Tom Leoffler, has informed ESPN.com.

Loeffler told ESPN.com that he could soon meet with the 36-year-old Golovkin (38-1-1, 34 KOs) of Kazakhstan in Santa Monica, California, where they each reside, to discuss the offers as well as “Triple-G’s” desire to return to action sometime between March and May.

"ESPN and DAZN are very interested in Gennady and in the running. Both have a big budget for GGG…,” said Loeffler of Golovkin, who had been under an exclusive contract with HBO but is now a network free agent.

"Gennady will make a decision this year on the direction he wants to go in…I'm going to give him the pros and cons of each offer and he is the one who will make the final decision…We'll get a package deal wherever we go. Both ESPN and DAZN are offering good packages." 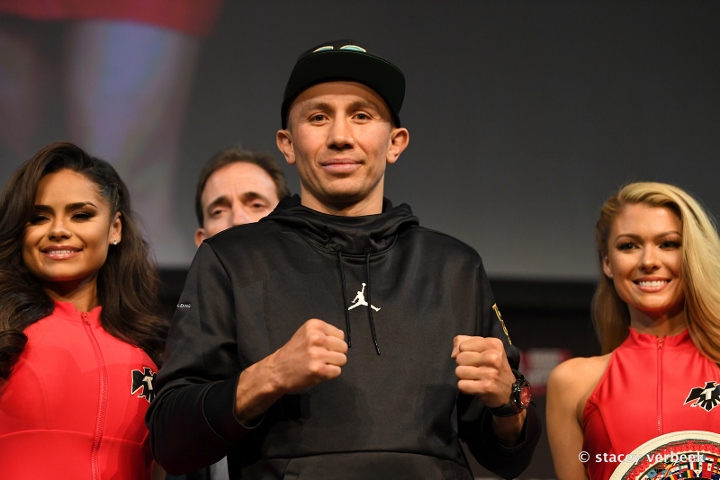 Canelo Alvarez (50-1-2, 34 KOs) dethroned Golovkin as WBA/WBC 160-pound champion by majority decision in September’s rematch of their draw in September 2017, signed a $365 million multi-fight deal with the streaming service DAZN, and will pursue a third crown in as many divisions on December 15 against WBA “regular” 168-pound Rocky Fielding while retaining his 160-pound titles.

Golovkin is 1-1-1 in his past three fights, with his unanimous decision victory over switch-hitting former titleholder Daniel Jacobs (35-2, 29 KOs) in a title unification match ending “GGG’s” 23-fight, nine-year stoppage streak in March 2017.

A third fight with Alvarez is an intriguing caveat for signing with DAZN should the Mexican star be successful against Fielding (27-1, 15 KOs) at New York’s Madison Square Garden.

It is unclear whether Jacobs could be another option, coming off last month’s split-decision victory over Sergiy Derevyanchenko for the IBF’s crown. “The Miracle Man” is open to facing Golovkin or Alvarez, among others, according to his manager, Keith Connolly.

In victory over Monroe, Charlo has been mandated by the WBC to face Golovkin, but a sticking point could be “The Hit Man’s” alignment with powerful advisor Al Haymon’s Premiere Boxing Champions, which has three- and four-year deals with Showtime and Fox.

[QUOTE=factsarenice;19301284]A case could be made that GGG won both fights and beat Jacobs and that Charlo is afraid to fight Jacobs or GGG and that's why he signed with the PBC. That's your hypocritical argument in about 50 different posts.[/QUOTE]…

???? look up how pro boxers , current and retired , had to say . Wiki is written by whoever (not factual) who cares what espn thinks ? ask PRO BOXERS who won. If you cant find the list posted…