Las Vegas - Kevin Newman (11-2-1) suffered a shock loss in front of his hometown fans via unanimous against Genc Pllana (8-1-1) in the opening bout of a SHOBOX tripleheader. Pllana proved to be a very awkward opponent and Newman had trouble adjusting to his style.

The final scores were 96-94 on all 3 cards and boos rained down after the scores were announced as the local fans thought Newman deserved the victory. 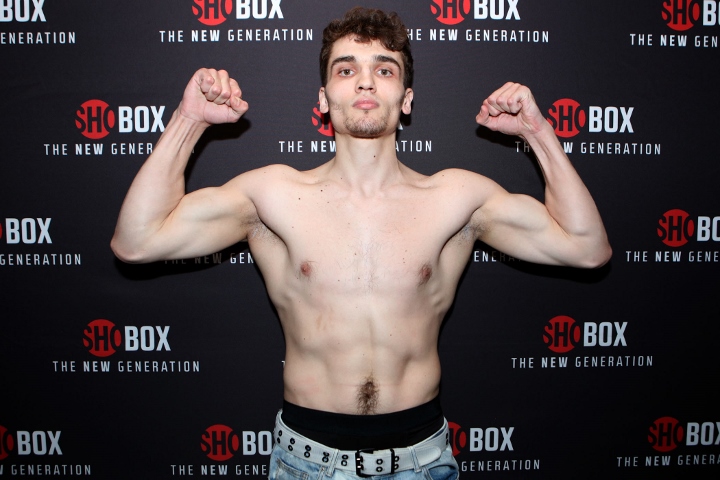 The early rounds were close as Newman tried to solve the riddle of the Kosovo native.  Both fighters had their moments as Newman was the aggressor but Pllana counter punched very effectively. Newman jabbed forward successfully but ate more than a few big punches as he worked his way in.

At the end of the 4th round Newman hurt Pllana's nose. No blood was drawn but Pllana began to paw at it as he walked to his corner.  At the end of the 5th with his back against the ropes, Newman unloaded several power shots.  Defense went out the window in the 6th and 7th as both fighters threw wild punches with various degrees of success with Pllana getting the best of it. Newman finished the 8th round strong, landing several flush shots as Pllana just smiled.

Newman outworked Pllana in the last 2 rounds but Pllana was very successful with the punches that he did throw and he landed most of them flush.

Pllana has now won 3 of his last 4 fights while Newman had his 4 fight win streak snapped. Pllana's only professional loss occurred last August against Raphael Igbokwe via majority decision.