WBC featherweight champion Gary Russell out-speeded and out-foxed the determined mandatory challenger King Tug Nyambayar, who did better in the second half but still couldn't make up for the early deficit. 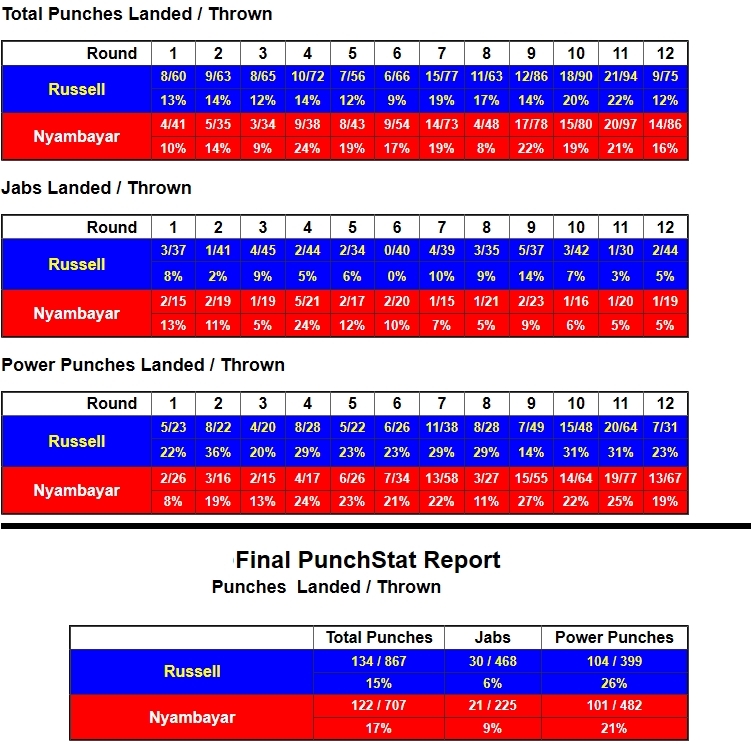