Garcia vs. Porter Will Have WBC "Trainer's Belt" at Stake

On September 8th, the Brooklyn Barclays Center in New York will be the scenario setting for a fascinating and exacting fight between Danny Garcia and Shawn Porter for the vacant WBC welterweight title on the line. Showtime will televise.

This contest promises to be truly memorable. An intriguing added bonus is that the winner will present his own Father with the WBC Trainer belt, because Danny and Shawn are invariably prepared for Fight Night by their Dads.

The World Boxing Council is in the process of regulating the presence of relatives in the fighter’s corner, but in this case, because both fathers/trainers have fundamentally helped their sons in very successful boxing careers, so their presence in the respective corners is allowed.

The WBC has designed and developed a special belt, inspired in the traditional towel worn at all times by boxing trainers.

The winner will not only hold aloft the magnificent and prestigious green and gold belt. One Dad will return home with the newly formed Trainer`s Belt. 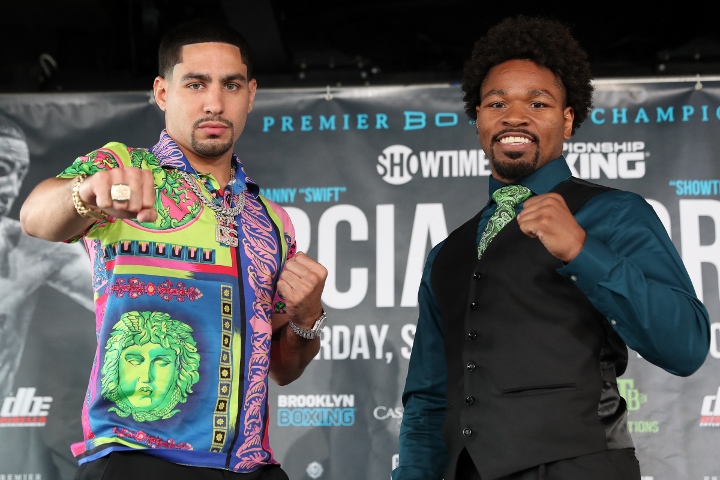 Abdullaev is recognized as one of the best current Russian fighters, from a fruitful crop.  Just twenty two, and with an undefeated record in 9 fights with 6 knockouts, he  holds the WBC light silver title, which he won by defeating Colombian Deiner Berrio.

Lundy, who`s a former NABF and WBC Continental Americas champion, has 29 wins with 14 knockouts, 6 losses and 1 draw, and comes from defeating the experienced Demetrius Corley.

[QUOTE=OCPancho;19070237]We Be Collecting[/QUOTE] I am waiting for the wbc PR people to come and defend the crooked c'nts as usual. ABC WBF WBA or whatever her name is.

This is actually kinda cool, But knowing the WBC, they're probably doing this to charge the trainers a separate sanctioning fee as well lol

Wbc Is beyond parody now

20 years ago I'd have never imagined that the WBO & IBF would be the least pathetic organizations but the WBC & WBA have made that a reality.

[quote=masterplan;19069814]kind of simular to the wwf hardcore belt from back in the late 90s.[/quote] dont u dare disrespect a wwf belt like that