Gamboa vs. Cuellar, Rigondeaux vs. Ceja Clashes in Play

If the plans of Premier Boxing Champions are fulfilled, the next fights for former world champion Yuriorkis Gamboa and Guillermo Rigondeaux would be against two high level opponents.

According to manager and adviser Luis DeCubas Jr, who works closely with both boxers and PBC, steps are being taken for Gamboa to face Jesús Cuéllar at some point during the summer; whereas Rigondeaux would be measured in the near future against Mexico's Julio Ceja.

"The two would be fighting definitively in the summer and they will fight against known opponents," said DeCubas to George Ebro. "We believe that they have a chance to achieve important things, that they are two fighters who are still in force and we are going to help them." 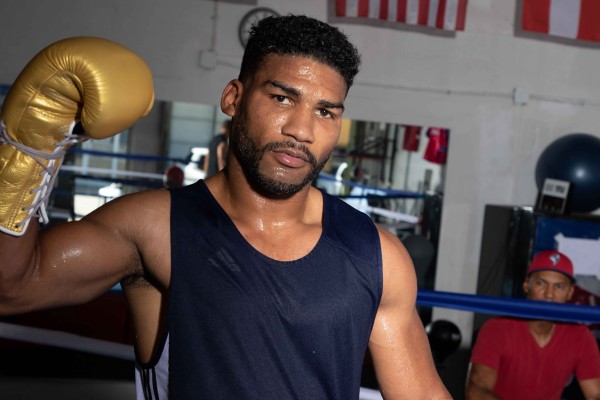 The fight with Cuellar would become a reality if the Argentine boxer wins on March 9 - on the undercard of the welterweight world title fight between Yordenis Ugás and Shawn Porter.

Gamboa, who is training in Cuba, has commented on his desire to face Gervonta Davis later, but in Cuéllar he will meet a former world champion who has seen action in big fights.

"Gamboa thinks he can beat Davis," added DeCubas Jr. "This is a tough, tough fight, but he says he has seen things that allow him to believe he can win. We will do everything possible to achieve that fight. That is the plan we have for him. ''

Rigondeaux, on the other hand, already saw action under the banner of PBC on January 13, when he knocked out Giovanni Delgado and his next bout would be agreed for June.

DeCubas would already be working on a clash against Ceja, who was the super bantamweight champion of the World Boxing Council and who, at 26, continues to be an important warrior in the category.

"We want that match against Ceja to be an eliminator to challenge the champion," added DeCubas. "So if our plans are met, Rigo and Gamboa will have two very good fights in front of them."

[QUOTE=pillowfists98;19563075]I really hope we don't get Gamboa vs Davis this year though. That's exactly the wrong fight Gervonta needs to be in right now.[/QUOTE] I disagree Gamboa is not near prime anymore he wasted a good part of it.Although he…

[QUOTE=pillowfists98;19563075]I really hope we don't get Gamboa vs Davis this year though. That's exactly the wrong fight Gervonta needs to be in right now.[/QUOTE] that’s a hi risk fight for davis, but I wouldn’t be surprised if haymon were workin…

Good fights, wondering why they never did an all Cuban card in Florida with a Miami vice theme set up with Lara, Ortiz, and Rigo all on the card! Maybe too expensive and not Enough reimbursed purses! I always thought…

[QUOTE=pillowfists98;19563075]I really hope we don't get Gamboa vs Davis this year though. That's exactly the wrong fight Gervonta needs to be in right now.[/QUOTE] Before this there was talk of Haney fighting Gamboa, guess that's out the window now.