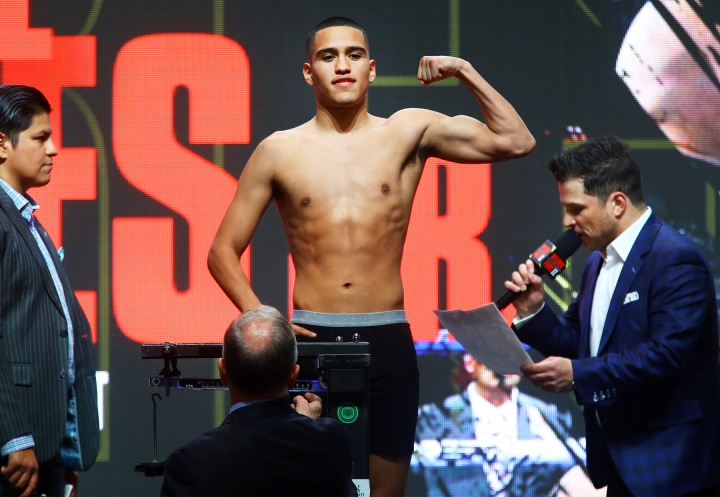 The skillful Flores’ fast hands were on display throughout the eighth round, when he landed various lefts and rights and quickly moved out of Conway’s punching range. He had clearly built a comfortable lead by then.

Flores landed a right hand and a left hook within the first 25 seconds of the seventh round. Later in the seventh, Flores unloaded a barrage of head and body shots that made Conway cover up.

Flores couldn’t keep Conway from pressuring in him in the sixth round.

After allowing Conway to back him up in the previous two rounds, Flores let his hands go and backed up Conway for much of the fifth round.

Conway kept Flores fighting off his back foot throughout the fourth round. Neither fighter landed many punches in that round.

Conway connected with some jabs in the second round and pressed the action for much of the third round. Flores floored Conway with a straight right hand less than a minute into their fight.