Fury-Joshua: Hearn Has No Problem Sitting Down With Warren

If everything goes as planned, Joshua should be making a mandatory defense against Kubrat Pulev on June 20th in London. And Fury should be colliding with Deontay Wilder in a trilogy fight, possibly on July 18th.

If both boxers were to win their defenses, it could open up the door for a year-end unification. 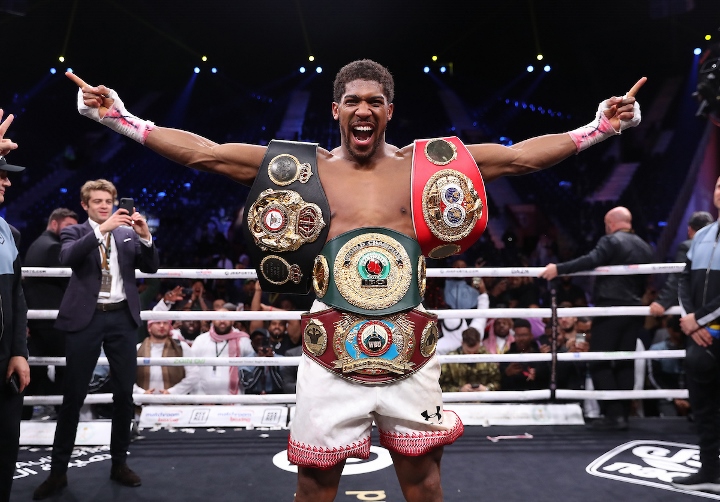 The ongoing coronavirus pandemic could potentially push back the upcoming fights.

Fury is co-promoted by Warren and Bob Arum of Top Rank. In order to get him in the ring with Joshua, Hearn will have to sit down at the table with Warren.

"It’s good for British boxing," Hearn told the BBC. "But we’ve got to keep our heads. If we start digging at each other and making it all about ego and stuff like that, I am not really interested in that, all we have to do is make the fight.

"To do that we have to sit down with Bob Arum and [management company] MTK, who call all the shots on Tyson Fury, and try and make it happen. We will always have pot-shots at each other, but the key is it is not about me, it is not about Frank Warren, it is about the people who can make this fight happen and that is us and Bob Arum.

"We can’t let the politics get in the way. I’m happy to sit down with Frank. I’m not saying 'leave him alone and I will deal with Bob,' we will all sit down together to make it happen. When there is an opportunity like this, I will never let ego get in the way, I won’t say I won’t deal with Frank. It’s not my style. If we can deliver for the broadcasters and the fans, let’s make it happen."

[QUOTE=Rockybigblower;20473115]Weird statement really. Hearn apparently says he's willing to sit down with Warren and it's not about egos...but then goes on to let us know that the deal will be done with Top Rank and MTK because they are the…

What a plank! Eddie is all about ego, he gets in every pic when fighters come together for the face off, his name is announced before every one of his fights (Eddie hearns machroom) were frank just gets queensbury promotions…

Weird statement really. Hearn apparently says he's willing to sit down with Warren and it's not about egos...but then goes on to let us know that the deal will be done with Top Rank and MTK because they are the…

Bob Arum will tell sham promoter Frank Warren what to do.