Fury Dares Joshua: If I'm Old and Need To Retire - Come and Retire Me!

Back in December of 2019, Joshua made what many felt was an odd gesture - to be a part of Fury's camp as a sparring partner to assist him for the February rematch with Deontay Wilder.

Fury stopped Wilder in seven rounds to capture the WBC title at the MGM Grand in Las Vegas. 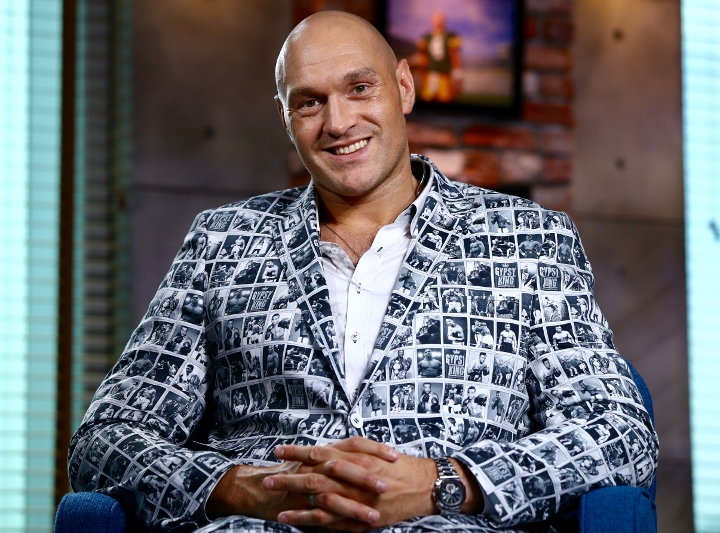 Fury was a bit annoyed with some of Joshua's recent comments.

Joshua stated in a recent interview that he felt Fury was not that far away from retirement.

"Fury has been professional much longer than me. He should be looking to retire soon," Joshua said. "If he wants to cement his legacy, I’m here and ready. I’ve built myself into this position."

Steward rolled his eyes at the comments.

"Anthony Joshua says a lot. He was supposed to come into training camp and train with us, I guess that goes to show how far his word goes," Steward told Behind The Gloves.

And Fury backed his trainer's statements.

"We wanted some of that action. He said he was coming, but he didn’t. We can’t really take what he says as his word anymore. If I’m too old in the tooth and I need to retire, come and retire me," Fury said.

Fury and Joshua are being positioned to face each other in 2021.

Should both win, the two champions will begin discussions for a full division unification.

[QUOTE=PRINCEKOOL;20771635]It could be a marketing ploy to announce the fight late.[/QUOTE] I hope so. Fury needs work.

[QUOTE=BangEM;20770994]You're getting retired if and when you find yer balls! I know yer balls are in Denium and Deatheofaclown's mouths but you need to grab them and tell Daniel to make the fight for Dec.[/QUOTE] Imagine thinking AJ could beat…

Never a dull moment when Fury comes out with something, I say if this fight is ever made then great we can then see who is the better fighter... I give Fury the edge in the fight unless Joshua some…

[QUOTE=factsarenice;20771789][B][SIZE="2"]Why it's Jonny Tyler, you madcap... I'm sorry Jonny but Fury turning down big money "to get the belt he never had" is a silly fairy-tale. If the WBC forces Fury to fight his mandatory Fury will drop that trash…

[QUOTE=factsarenice;20771804]Neither are capable of pulling off such a marketing ploy. The truth is that they need the ticket sales to cover costs. The PPV isn't enough and the mysterious back end money turned out to be hats and tee-shirt sales.…