Fury Admits Wilder's Punch Was The Kind That Could Have Killed

During their twelve round bout, which ended in a controversial split draw, Fury was dropped twice.

In the twelfth round, Wilder landed a shot that put Fury went down hard and he was laying on the mat motionless. 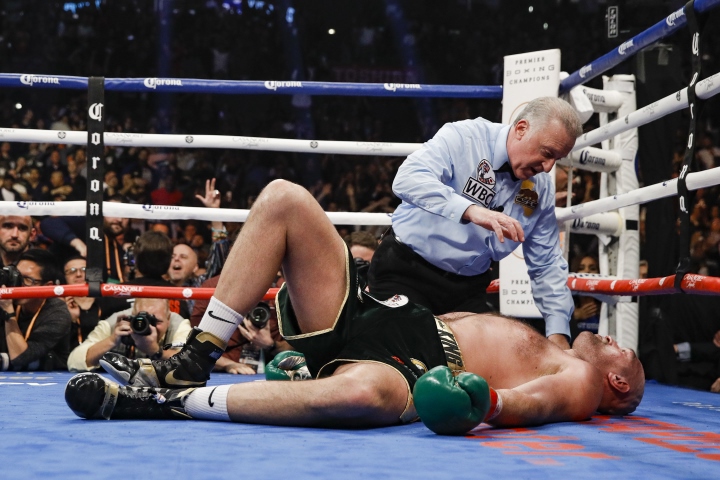 In what many called a miracle, Fury was able to beat the count and finished the fight.

“It didn’t hurt at all. I didn’t feel any pain so probably [I was] not [conscious]," Fury told SiriusXM.

“I think when you get hit in certain areas in the head you lose your coordination, you lose everything. It just goes for a second or so. But when you come around you either get up and your legs are gone, or you get up and you’re okay like I was in that twelfth round.

“As easy as I got up, I may never have got up. That was the type of punch that sometimes people won’t wake up from. Especially hitting me with a right hand and as I was going down he hit me with a left hook as well.

“So that should have been concrete, good night Vienna. But the Gypsy King rose like a phoenix from the ashes off the canvas to rally back from the twelfth and it was an epic round. We won Ring Magazine Round of the Year, so it must have been a good round.”

The rematch is now targeted for February of next year.

Both boxers have to win their upcoming obligations, with Fury facing Otto Wallin on September 14 at the T-Mobile Arena in Las Vegas, and Wilder is zeroing in a November rematch date with Luis Ortiz.

With Wilder's added weight, Fury will not get back up like he did last fight. I will be lights out. You heard it here first.

One boxer saying another has a punch that can kill is way out of line, particularly given the recent boxing deaths. What if one of them does kill someone, STFU and stay away from this sort of ugly nasty stuff.

The scary thing is wilder almost knocked him into a coma and didn’t even connect on the jaw like he did with Breazeale. That’s real scary power if you’re fighting a man like that. Both knockdowns on fury were one…

[QUOTE=hugh grant;20004182]How dare he? But shows how tough Fury is. He goes down but gets up. Anyone can go down at any point of a fight. But if you get up that's main thing. TIme for Wilder to go down,…