Froch Confident He Would Have Beat Up, Defeated Golovkin

Former unified super middleweight champion Carl Froch is still very confident that he would beaten Gennady Golovkin - if the two had finalized a deal to fight each other.

The following year, Golovkin's team were very interested in securing Froch for a potential big fight. 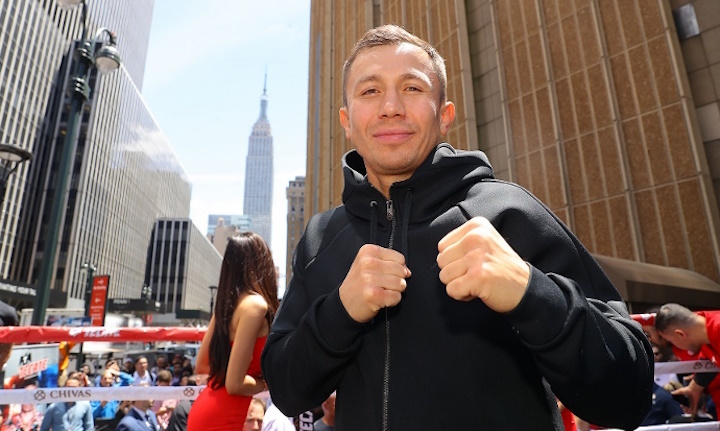 Froch explains that Golovkin, who at the time was a unified middleweight champion, was trying to get him down to a catch-weight of 166-pounds.

The Nottingham fighter had been out of the ring for a while, and put on some weight, and admits it would have been hard enough just to get down to 168-pounds.

Because of the weight, the negotiations would ultimately fall apart.

“Don’t forget I was out the ring, this was after I’d been retired a year, then the talks started to get a bit serious. They were just trying to drag me down to a weight division I wouldn’t have been able to do it in. At the time when we were talking, I was [186-pounds], a lifetime heaviest, so I’ve got to get myself down to [super middleweight] which would’ve been hard. And they were trying to drag me down even further and that’s why the fight didn’t happen.”

If the fight would have come together, Froch believes that he would have worn down and battered Golovkin.

"In my opinion I’d beat him up because I’m too big and too strong for him. I might be wrong, we’ll never know, but I would back myself to be beat him. There will be a lot of people listening to this saying, ‘No, no, no, load of b-llocks, Golovkin would beat you. Eventually Golovkin’s power would tell, he’d land on you, he’d hurt you, break you down and stop you. What I’d say to that is I’ve never been stopped, I’ve only ever been put down twice in my career and I got up to win both times," Froch said.

"You can say either of us are a clear winner. I think I beat him by stoppage. I’d be hitting him that much, that hard. A little bit like the Lucian Bute fight, back him up to the ropes, back him up, smash him to bits, you know how I roll. What a great fight that would’ve been, and I’m man enough to admit I could’ve come unstuck. I could’ve got my nose broke, I could’ve got my eye cut and been blinded in one eye, I could’ve even got ironed out.

"I never think I’d be knocked out because I’ve been hit with some big, big shots in my career and I’ve felt them, but they never bothered me that much. I’ve never been flattened like Amir Khan, have I?"

Froch was not an elite boxer, but he had several elite characteristics that made him a rough night out for some really good fighters. I'm tired of him yapping about who he would've beaten from the safety of retirement, but…