Khan was in serious negotiations to face domestic rival Kell Brook in the first quarter of 2019. The fight has been anticipated for several years.

But earlier this week, Khan made it known that he was far more interested in a potential fight with WBO welterweight champion Terence Crawford on March 23 at Madison Square Garden in New York City. 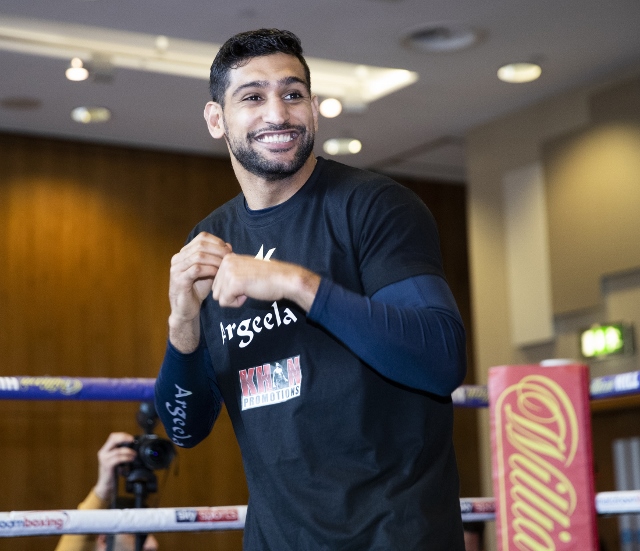 Froch is not blaming Khan for going in the other direction.

He doesn't believe Khan would beat Brook either - and Brook was willing to give up a lot to make the fight, including a drop down to the welterweight limit of 147-pounds.

"Like most people out there I was a bit disappointed to see that Khan might now be fighting Crawford and it's not one I can see him winning at all, but he will not get mocked or ridiculed like he will if he is beaten by Brook. He will go out on his shield as well. He is fighting one of the best pound-for-pounders out there, for a world title, and I am sure he will be getting well paid," Froch told Sky Sports.

"If I am honest, I can't see him beating either of them, but he's got a better chance against Brook. Kell was willing to move back down, he was probably willing to take less money, just to fight him, I feel for him. But from Khan's perspective, Crawford is a safer option."

[QUOTE=Andre_parker1;19331093]we can literally see through Khan's chin.. it's a show-glass waiting to be smashed for the right money[/QUOTE] Lololololol

Khan will ****in fight anybody from Mayweather, Pac, Canelo and Crawford. He doesn't give a *****. The only reason he hasn't fought Brook is because of his pride and arrogance

[QUOTE=dan_cov;19330661]This fight could well be a cherrypick about to go wrong. Khan has the style to give Crawford fits.[/QUOTE] When Crawford picks him apart don't come back here with lame excuses.