Froch: I Believe I Can Beat Any of The Current Super Middleweights!

Although he's about to turn 40 and hasn't fought since 2014, former super middleweight world champion Carl Froch is confident that he could return to the sport right now and beat any of the top fighters at 168-pounds - including James DeGale, Gilberto Ramirez, Anthony Dirrell, Callum Smith, George Groves or anyone else.

Froch admits e began thinking about the possibility of a comeback, when his old rival Mikkel Kessler unexpectedly announced last month that he would be making a comeback.

Kessler, who defeated Froch in 2010, has not fought since losing in their very exciting rematch in 2013. 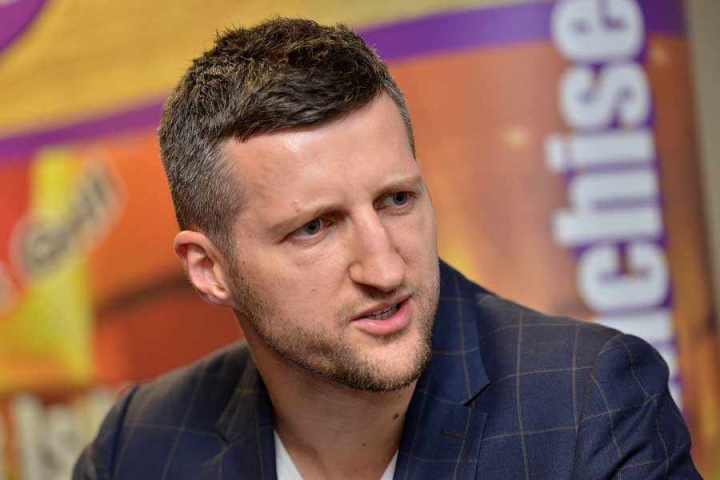 A trilogy fight with Kessler would present a very lucrative opportunity, but Froch has ruled out any possibility of that fight happening.

“In my heart I believe I could beat any of the current super middleweights. I’m a fighter and I look at the current crop and think if I came back I wouldn’t be worried about facing anyone," Froch told The Sun.

“After Kessler came out of retirement I thought ‘should I come back?’ But I’ve had a good chat with my coach Rob McCracken and we both agreed that the right decision is for me to remain retired. As much as I love the sport, I’ve got to be realistic. I turn 40 in July and I’ve been out of the ring three years. I’ve always listened to my coach so I will stay retired.”

Froch is primarily working for Sky Sports as an expert analyst for their televised cards. His last fight took place in 2014 against George Groves, when they packed 80,000 fans into Wembley. That record will be broken next Saturday, when 90,000 fans pack the venue to watch heavyweights Anthony Joshua and Wladimir Klitschko collide in the main event.

“It almost feels like since I retired and since the Wembley fight [against George Groves in 2014] boxing has gone from strength to strength. We’re right in the public eye – especially with what Joshua’s doing. We’ve got more world champions than we’ve had in years. Although we’ve lost a couple of titles with Anthony Crolla and Ricky Burns, we’re still doing really well as a nation," Froch said.

"Boxing as a sport does go through peaks and troughs depending on who is champion and who is catching the public’s attention. With Joshua and other talents coming through boxing is mega - Klitschko's coming to Wembley Stadium. It’s a great sport to be involved in, it’s great for me to be by the side of the canvas commentating and getting my boxing fix. It keeps me out of the ring."

Lol @ disrespectful bozos in this thread. Carl froch is a legend, fought the best and fought like a real man not one of those cowardly runners

Froch criticized Calzaghe for talking shyt after he was retired, now he's doing it. SMW is a weak division, not sure why he's laying claim over fighter's who are unproven and virtually unknown.

I'm sure a lot of them feel they can beat you too Froch. Only one way to get the credit...