Freddie Roach is High on Narek Abgaryan, His Newest Fighter

Those are just some of the words and phrases Freddie Roach uses to describe Narek Abgaryan, the newest fighter that is training under his tutelage.

Abgaryan, (12-0, 5 KOs) a 27-year-old Armenian bantamweight, arrived at the Wild Card Boxing gym in Los Angeles in June and in short order caught his coach’s eye.

“He’s one of my best guys right now. He’s a very clever, well-rounded and good fighter. He’s on his way to becoming a complete fighter,” Roach told BoxingScene.com. “Top Rank and matchmaker Bruce Trampler watched him spar and fell in love with him after one day. They liked what they saw. I believe they will sign him after his next fight, and I expect Narek to look great.” 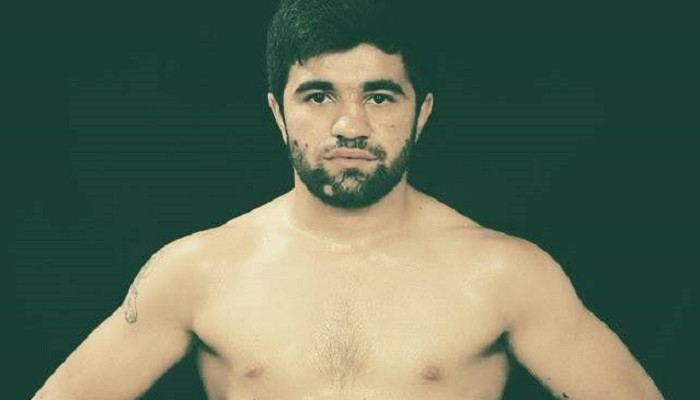 Abgaryan hopes to live up to his trainer’s — and potential new promoter’s — expectations when he makes his United States debut Friday against Juan Kantun (21-7-3) as the main event of the Bash Boxing card at the Commerce Casino in Los Angeles.

“I’ve had a dream since I was a child to be a world champion, and the only way I could accomplish that dream was to come to America,” Abgaryan told BoxingScene.com. “It’s going forward just as I planned, and Freddie will be a big part of that moving forward.”

Abgaryan tallied an amateur record of 130-18 and has since fought professionally entirely in Russia, and thrice in Spain, since 2016. The Yerevan native from Etchmiadzin has been boxing since the age of seven alongside friends-turned-professional boxers in Azat Hovhannisyan and Gor Yeritsyan, who are now both trained by Roach as well.

“I couldn’t ignore him because his work ethic is really good and he trains really hard,” said Roach. “He’s exactly what I’m looking for. I love people who work — he’s like a little Manny Pacquaio. From start to finish, just go, go, go.”

Since moving stateside, the 118-pound fighter has proven he belongs with top-level competition, holding his own while sparring with the likes of Isaac Dogboe, Scott Quigg and Joselito Velazquez.

“He was sparring with Dogboe a couple of times,” Roach remembers. “Isaac got beat up by Narek and left to a different gym. He doesn’t train here anymore. It was funny to watch, because Isaac’s father was cocky in his son and got really mad.”

Before Abgaryan and Roach started working together full time, Abgaryan served as a sparring partner at Wild Card last year while visiting the U.S. with Aram Davtyan, founder of Punch Boxing Promotions and Abgaryan’s Russian-based promoter.

“He stacks up well with anyone in the division,” said Roach. “He’s very experienced and has a lot of amateur fights under his belt. I can put him in with anybody up to 140 pounds and he does well with everybody. It’s been going really well so far.”

Roach has been working on Abgaryan’s head movement, defense and increasing his power. He wants his pupil to be an aggressive fighter come fight night, and come away clean while doing so to fight again as soon as possible.

“He’s tricky and hard to read. He has a lot more experience than people realize. His counterpunching is beautiful. That’s what I like about him,” said Roach. “He’s been teaching us some things, also. He’s fun to watch.”

Abgaryan has been fond of his new trainer’s approach, tactics and demeanor as well.

“Freddie is a master at his craft and has given me some very interesting tricks of the trade that I never realized before,” said Abgaryan. “He has a very calm manner and air to him. He transfers that same energy over to me. It makes me feel better. I love that. I’m confident in my powers that I will finish Juan Kantun.”

Kantun will be entering the ring Friday coming off a five-year layoff. In his second to last fight, he lost to Roman “Chocalatito” Gonzalez via sixth round TKO. After another loss, he stepped away from the sport altogether. The 31-year-old Mexican fighter will look to stop a three-fight losing streak against the hungry Abgaryan.

"I'm really excited that Narek chose to showcase his talents on my show at Commerce Casino,” Bash told BoxingScene.com. “A lot of great Armenian fighters have come to Los Angeles to show they belong on the world level and Narek definitely looks like he belongs in this group. Word from Freddie is that he has great footwork and an exciting offensive arsenal. At bantamweight, he’s already a top 20 fighter and a strong showing Friday night could elevate him even faster."

Abgaryan plans to put on a punishing performance during the show before returning back home to Armenia to tend his wife Zoya, who is pregnant and expecting the couple’s first child in mid October.

When the newlywed fighter returns back to Los Angeles, he hopes to have the promotional pact that appears to be promised by Top Rank, ready to go in hand.

“He should pressure and knock this guy out. That’s what promoters are looking for — aggressiveness,” affirmed Roach. “That way, he’ll get a contract a lot quicker. Activity is the best thing in the world for young fighters. We told Top Rank we want to put him on the fast track, and they agreed with us.”