Frank Warren: Yarde on The Brink of Breaking Into The Big Time

One fighter who I am sure will illuminate the near 150-year-old concert hall is Anthony Yarde, who has got a good fight on his hands against the American Travis Reeves.

Reeves, from Baltimore, has expressed considerable confidence coming into the fight and vows to expose the hype that surrounds Anthony, so our man will need to be on his guard and not show any complacency.

Anthony is on the brink of breaking into the big time and cannot afford any mistakes at this stage. There are huge fights and occasions beckoning for him, with the charismatic East Londoner having worked himself to the top of the charts with the WBO and a mandatory challenge likely to be called in the near future.

Anthony wants to become a long-standing world champion and the day of reckoning is edging ever closer. 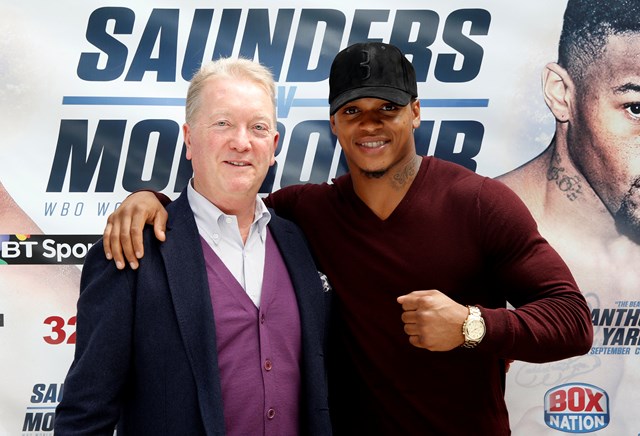 Another hugely talented fighter closing in, once again, on world level combat is Liam Williams who, having jumped up to middleweight, was so very impressive in dismantling the dangerous Mark Heffron to win the British title in December.

Liam, who can still campaign at either middle or super welter, makes a first defence of his second British title against Joe Mullender, who brings with him a guarantee of an entertaining fight.

Joe, by his own admission, is not really one for the purists and he will look to lure Liam into a scrap. The Welshman is almost certainly a bit too smart to fall straight into such a trap but, if the fight goes long, he will find it hard to resist and then we will be in for a treat.

If Liam comes through then he will be ready for another assault on reaching the highest level and will prove, once again, that taking a defeat in good fights doesn’t inflict long-term harm on title prospects.

A British title double-header on the night is completed by Johnny Garton making a first defence of his welterweight belt against Chris Jenkins, another tough Welshman.

Johnny is something of a poster boy for the rewards for hard work and endeavour. Even though he is an understated individual at the best of times, you do believe the product of Peckham when he says that he didn’t expect to reach Southern Area title level when he turned professional.

Well, he achieved that, as well as English and British now and I suspect nobody would begrudge him his success. Johnny always gives a good account of himself and I am sure that would be the case even against elite level welterweights. He might not win, but the top boys would know they had been in a fight.

Johnny himself will have his work cut out against Jenkins, who has been cruelly denied some well-deserved recognition in recent fights due to bad cuts. Johnny too has been known to leak a bit of claret so we might have to keep a spare canvas handy for after this one.

Our new signing Denzel Bentley makes his first appearance on our watch and he is one to look out for – an explosive middleweight with seven KOs out of eight so far.

It is going to be quite some night in South Kensington and if the action lives up to the surroundings it will live long in the memory.

[QUOTE=Kaspa9t9;19563123]Doesn't surprise me, Frank isn't a good promoter in that sense. Wasnt Brook with Frank for like 7 years and he was still pretty much unknown?[/QUOTE] Yep. Just look at all the ??? that Brook fought for proof at a…

[QUOTE=Sparked_26;19563288]Didn’t this guy say Team Yarde already turned down this fight once. A tenner on him to beat Yarde returns £170. That alone and just that nagging doubt makes me take that bet. I hope I’m wrong though. I hope…

[QUOTE=GlassJoey;19562894]I think the KO% means that Reeves doesn’t punch hard enough. It amazes me how Frank finds these guys with okay looking records at LHW, never been knocked out and can’t punch. Yarde will look a bit iffy then KO…

[QUOTE=Marvlus Marv;19562290]Here comes Yarde. Anytime now. Won't be long. Just a couple more bum fights...[/QUOTE] Doesn't surprise me, Frank isn't a good promoter in that sense. Wasnt Brook with Frank for like 7 years and he was still pretty much…

I may be a rare one , but do actually believe in Yarde. Sadly he's been infected by the WBO UK rep Mr Frank Warren, which will without doubt hold him back. Surly British, European(EBU) & Commonwealth titles need to…