Light heavyweight contender Anthony Yarde (19-1, 18 KOs) made a low level return on a small card that was staged at Discoteca Memphis, Rivas Vaciamadrid in Spain.

The return was not publicized and kept off the radar.

Yarde stopped Diego Jair Ramirez (4-49) in two rounds. Despite his vast journeyman record, Ramirez has rarely been stopped in his 49 defeats and is durable enough to go the distance. 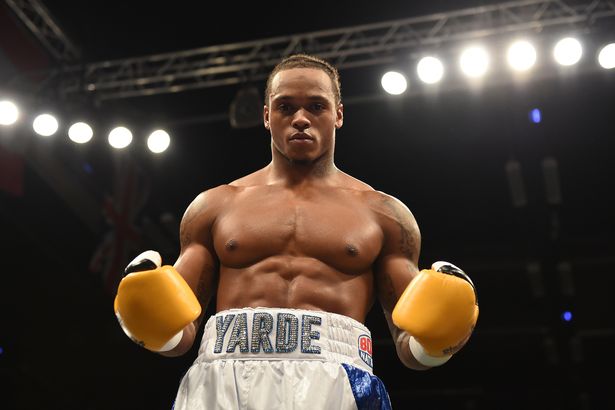 It was the first bout for Yarde since suffering his first career defeat, an eleventh round knockout loss to then WBO world champion Sergey Kovalev in Russia.

Yarde's promoter, Frank Warren, explained the reasoning for this type of comeback.

"Fans who follow the fight scene beyond these shores will have noticed Anthony Yarde returning to action in a low-key affair in Spain over the weekend and scoring a second round stoppage," Warren stated.

"The thinking behind this little ‘run-out’ was two-fold. Firstly, he had been struggling with a hand problem that he wanted to test out away from the fanfare of a televised promotion. Secondly, it puts him back on a win and ready to go should title opportunities arise.

"The WBO, for instance, don’t entertain contenders for title shots or eliminators if they are coming in off a loss. Now Anthony is up and running again we can navigate him back to world title contention at the earliest opportunity."

[QUOTE=_Rexy_;20385358]Ring announcer would have rushed through that to make it sound like he was 4-9 :lol1:[/QUOTE]I mean did Yarde get a big payday? Seriously? That's not even a proper sparring partner!

[QUOTE=Vinnykin;20384775]Yarde needs to get in the ring with another British LHW. He could become a big name in the UK if he is involved in a big British fight, then he can go for world honours. This stinks of trying…