Frank Sanchez To Train With Eddy and Chepo Reynoso

Cuban heavyweight contender Frank Sanchez is going to start a new chapter in his professional life by confirming a huge change in his corner, just as he is about to dive into a conquest to face the best fighters in the division.

The promising Cuban warrior will be trained for his next fight by Eddy and Chepo Reynoso, who have an all-star stable with Mexican superstar Saúl 'Canelo'' Alvarez, rising star Ryan Garcia and undefeated former world champion Oscar Valdez.

Sanchez was previously trained by his compatriot Erik 'Tigre'' Castaños.

"The Tigre will always have a special place for me: he was a father, friend and brother at the same time, and what he did for me I will never forget. This is a decision made by the managers. We have to move on and now we're working with Reysoso," Sanchez told George Ebro. 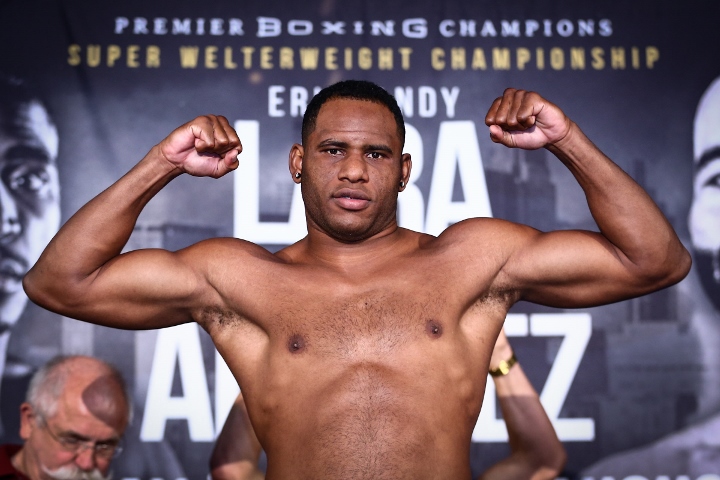 The news began to circulate from the weekend with the publication of a video that observed Sanchez in the gym with the Reynosos and Canelo was present as well.

Obviously, the connections of this team can be very beneficial for Sanchez, who looks to secure very lucrative fights in his division.

The news, however, is still bittersweet for Castaños, who would have loved to remain by Sanchez's side until he saw him become a champion, but still wished him all the success in the world in this new adventure with the Reynoso.

The Cuban has fought four times in 2019 with victories over Victor Bisbal in August and Jack Mulowayi in October.

"I have a goal in life and I can't turn away from it," Sanchez said.

"I repeat that I will always be grateful to the Tigre and I'll never forget what he did for me. I think I'm going to have really good chemistry with my new coaches and I hope to continue on the path of victory," Sanchez said.

[QUOTE=whoseyourdaddy;20198300]Good luck to Sanchez, I’m looking forward to see him crowned as champion some time in the near future. He definitely has the tools & abilities to accomplish that goal.[/QUOTE] I never seen him fight but if hes a cuban…

Good luck to Sanchez, I’m looking forward to see him crowned as champion some time in the near future. He definitely has the tools & abilities to accomplish that goal.