Francisco Vargas vs. Rod Salka on April 12 at Fantasy Springs

Former WBC super featherweight world champion Francisco "Bandido" Vargas will return to the ring on April 12, when he faces veteran Rod Salka at the Fantasy Springs Casino in California.

Vargas (24-1-2, 17 KOs) is looking to rebuild his career after suffering his first career loss last January, when his title was snatched by way of a stoppage loss at the hands of Miguel Berchelt.

Vargas suffered several cuts in that contest and needed to sit out for most of the year to fully recover. 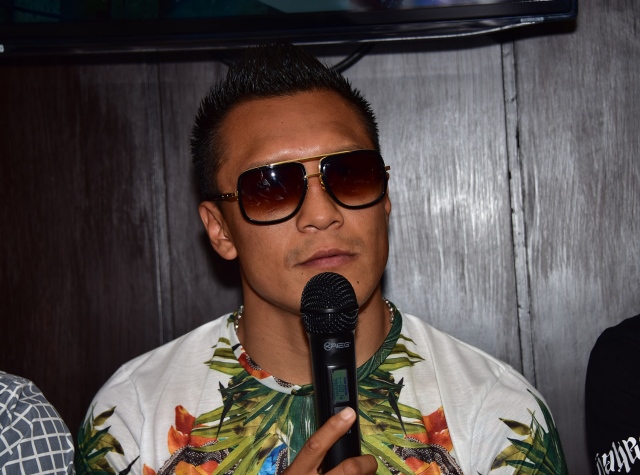 He was able to bank a comeback win last December, with a technical decision victory over British contender Stephen Smith in Las Vegas.

Vargas is clamoring for a rematch with Berchelt, who has to make a mandatory defense against Miguel Roman in the coming months.

Salka (24-4, 4 KOs) shot to the spotlight in 2014, when he practically moved up by two weight classes to fight then unified junior welterweight champion Danny Garcia in what many felt was a severe mismatch.

Garcia brutally knocked him out cold in two quick rounds.

Since then, Salaka has won five fights in a row, but he's not been very active and his weight has bounced around from super featherweight to a few pounds above junior welterweight.

He returned in his next fight at lightweight only three months later, and won a ten round decision over Monty Meza Clay.

And then in 2015 he returned to super featherweight and stopped Noel Echevarria in what was his only ring appearance of the entire year.

He picked up the activity in 2016, with two victories, both eight round decision wins, over Justin Savi and Michal Dufek.

In his only fight of 2017, he won an eight round unanimous decision over Jayro Duran in September.

A victory over someone like Vargas would certainly position Salka for a major opportunity at the weight.

[QUOTE=chepboxingking;18574715]In the new??? There's a new on coming out?!?!? I've been waiting for years since fight night champion came out.[/QUOTE] Yeah they announced it like last week.

[QUOTE=bigdunny1;18573963]Yeah with all the back to back wars if anyone deserves a soft touch it's vargas.[/QUOTE] He accidentally knocked the ear off his last soft touch. Let's see how things go for Salka....

[QUOTE=KillaMane26;18574248]They should put Salka in the new boxing game lol[/QUOTE] In the new??? There's a new on coming out?!?!? I've been waiting for years since fight night champion came out.

Rodri Salka back at it again to mix super featherweight