Frampton: I'll Do Whatever it Takes To Get Hand Raised in Herring Fight

Carl Frampton has told Jamel Herring to stop reacting to every incident ahead of their WBO super-featherweight title fight next month.

Both men have made it clear that they respect the other, but Frampton felt there was one area of concern that he needed to address. 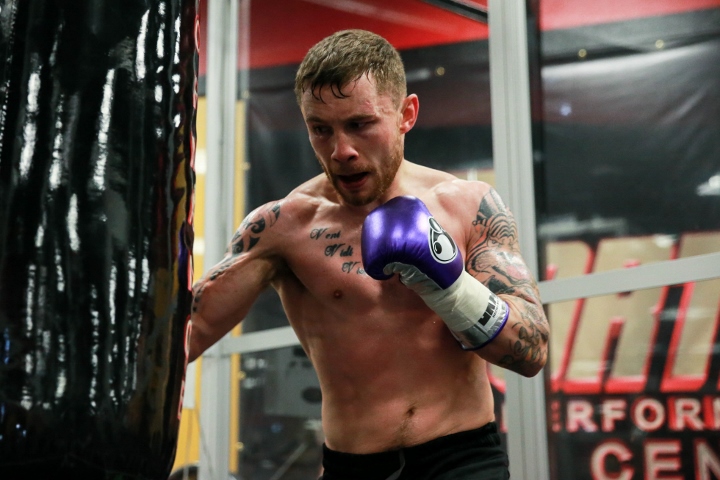 Frampton said: “I have lot of respect for Herring, I respect him as a man and a fighter, but I have full confidence in myself that I will beat this guy. I think it is meant to be and meant to happen, so I’m not going to let him take it off me. I feel like I will do whatever it takes to have my hand raised at the end of the fight.

“There are a few things I’d like to say to him though. He reacts to everything I’ve said online. If people don’t have the same opinion of him as how the fight goes, he reacts to it. Jamel seems to be a good guy, but he threw a sly dig at Tommy Coyle last night and called him a glorified sparring partner.

“He said that because Coyle said he feels like I’ll win. He’s my friend and has seen me up close and personal, so Jamel should not be offended by this and he shouldn’t react to this. It’s a bit of mudslinging and there is no need to do it.

“Tommy Coyle is a good fighter and has done a lot more than he wanted to do when he turned professional. For Jamel to call Tommy a sparring partner, it was very disrespectful. He doesn’t need to react to anything.

“I’m delighted it’s here. This fight has been talked about for well over a year. It’s a huge fight and it gives me the chance to become a three-weight world champion.

Frampton's got this one. Don't know if Herring has the power to make him gun shy.

I'll do whatever it takes? What does that mean exactly? Sounds like he's ready to pull out all stops just like the Democrats who stole the election with election fraud against Trump.

Absolutely. If it takes rabbit punching Herring into submission then so be it. [B]#NoEasyWayOut[/B]