Javier Fortuna aims to keep pace in what has suddenly emerged as one of the sport’s hottest divisions.

The former secondary junior lightweight titlist returns to the ring for the first time in more than a year, though still awaiting a long-ago promised title fight. Instead, the 31-year old from La Romana, Dominican Republic settles for a stay-busy fight, as he faces Mexico’s Antonio Lozada. The two collide atop a Premier Boxing Champions (PBC) on FS1 airing live beginning at 7:00 p.m ET and 4:00 p.m. local time from a crowdless Staples Center in Los Angeles. 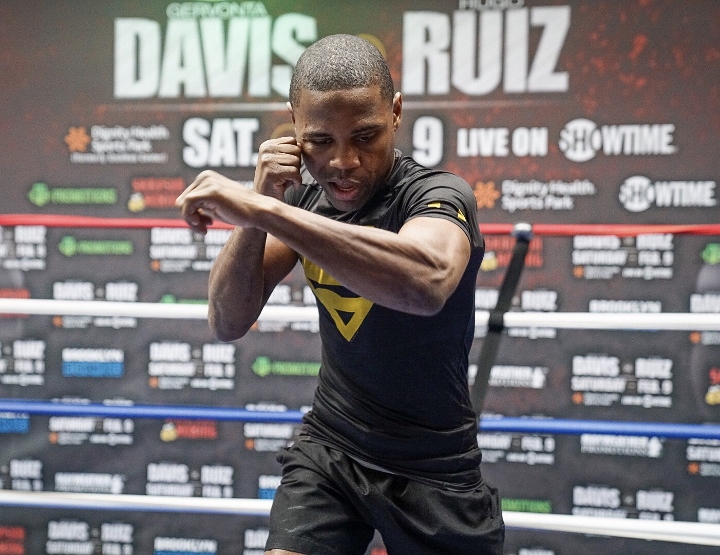 The bout marks the first ring appearance for D.R.’s Fortuna since a 5th round knockout of former featherweight titlist Jesus Cuellar last November at MGM National Harbor in Oxon Hill, Maryland. Fortuna was due to return to the venue for a shot at a then-vacant lightweight title fight versus England’s Luke Campbell, only for their April 17 clash to get canceled due to the ongoing coronavirus pandemic.

Fortuna was poised to enjoy his first post-pandemic fight in a 12-round clash with former three-division titlist Jorge Linares, only for their August 28 show to get canceled after Linares tested positive for COVID-19.

A win on Saturday will keep Fortuna in contention for the lightweight title currently held by Devin Haney (25-0, 15KOs), for whom he remains the mandatory contender.

Lozada aims to end a three-fight winless skid. The 30-year old Mexican slugger has hit hard times since scoring a career-best 10th round knockout of then-unbeaten Felix Verdejo in March 2018. Saturday’s bout marks his first since a shocking 10-round split decision to unheralded Marco Antonio Juarez last September in his Tijuana hometown.

The bout is the first for Dulay since a disappointing 10-round points loss to Diego Magdaleno this past February in Nashville, just outside his hometown of Hendersonville, Tennessee.

Gallegos makes his second appearance in the PBC Los Angeles bubble. The 25-year old from Bakersfield, California suffered a 10-round loss to unbeaten Nestor Bravo this past September at nearby Microsoft Theater in a bout which headlined on FS1.

I'll watch it for sure

That fight has heavy leather written all over it