Felix Verdejo self-criticized his performance on Saturday, in a fight where he debuted with new head trainer Ismael Salas in the corner.

Verdejo, an Olympian for Puerto Rico, improved his record to 26-1. 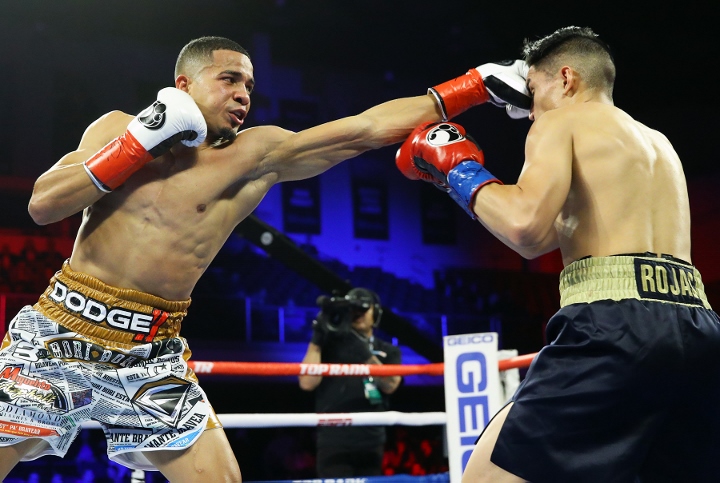 The two parted ways last year and are now involved in a legal battle. Marquez also served as Verdejo's manager.

"There is a long way to go before I reach the level I want and I know I can be," Verdejo told the media.

Marquez saw the fight of his former pupil and noticed Verdejo was in good physical condition, but still with a defensive deficiency.

“I saw him in good physical condition. He still has to work on his defense. Apart from that, I didn't see much difference,” said Marquez to Fernandez Reyes.

“He stayed in the line of attack of the opponent, without using lateral movements, and those were things that before the [motorbike] accident he had used quite well."

Calderón said he saw weak areas in Verdejo and noticed some positive changes. He explained that he noticed a Verdejo was using his right jab and the right.

"There were changes in the first three rounds," said Calderón, who however added that Verdejo subsequently reverted back when Rojas pressed him.

“Still, when there is pressure, he falls back to the style he had used before. Things did not go wrong, but doubts continue to arise as to what can happen to him when he faces quality opponents."

Why trainer are criticizing!!! Calderon can’t said nothing because his fighter lost a fight, and didn’t do his job as a trainer. Marquez had him from the beginning and lost him, because instead of stayed dedicated to him, he started…

I think he's talented enough to win a title but not against lomancenko more like a Javier Fortuna if loma ever vacates the belts .

verdejo is boxings next star!

[QUOTE=richardt;20337283]Right now Matias is looking so much more of a complete fighter than Verdejo. It is almost like for years they have been trying to put the pieces of Verdejo together like a jigsaw puzzle where they are missing pieces.…

Right now Matias is looking so much more of a complete fighter than Verdejo. It is almost like for years they have been trying to put the pieces of Verdejo together like a jigsaw puzzle where they are missing pieces.…